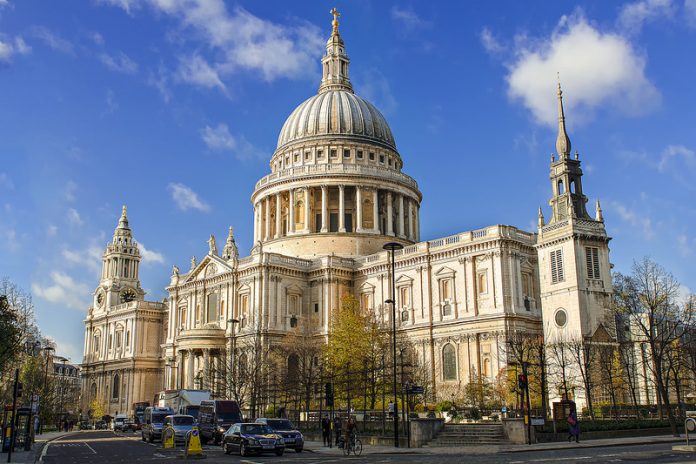 The Church of England is rightly sensitive to the evils of slavery and racism. It has announced energetic measures to combat racism within its membership and to remove flagrant commemorations of slave owners in its churches. Following the Black Lives Matter protests, Archbishop Justin Welby remarked that: ‘Some (statues and monuments) will have to come down’. It is a policy he continues to advocate. The anti-racism taskforce set up by the Archbishops of Canterbury and York has commented that: ‘We do not want to unconditionally celebrate or commemorate people who contributed to or benefited from the tragedy that was the slave trade.’ But does it always practise what it preaches?

The Church’s 12,500 parishes and 42 cathedrals have been urged to scrutinise their buildings and churchyards for tainted memorials, which ought to be removed, relocated or altered. Ignoring them, parishioners have been told, is not acceptable. Becky Clark, the director of churches and cathedrals, who is responsible for the oversight of buildings, has spoken of ‘the responsibility to ensure they include, welcome and provide safe spaces for all.’

In pursuit of this policy, Bristol Cathedral has removed a window dedication to Edward Colston. St Margaret’s, Rottingdean, in Sussex, removed two headstones in its graveyard which contained ‘racial slurs’. St Peter’s, Dorchester, has covered up a plaque commemorating a plantation owner’s role in suppressing a slave rebellion as it ‘commemorates actions and uses language which are totally unacceptable to us today’. Benin had been a major slave-owning kingdom with a long history of violent slave raiding and trading

Archbishop Welby himself has recently urged the removal from Jesus College Chapel of a memorial to Tobias Rustat, a 17th century benefactor involved in the Royal African Company. Becky Clark has stated that:

‘Responding (to such memorials) in the right way is a Christian duty. Doing nothing is not an option.’

The message is strong and unambiguous. Or so it appears. How then can one explain the appearance in the crypt of St Paul’s Cathedral last month of a new memorial to ‘unconditionally celebrate or commemorate’ a major slave owner and trader? What the Cathedral describes as ‘a bold new artwork’ is a twelve-foot-tall bright red effigy of the ruler of the African kingdom of Benin, Oba Ovonramwen, who was deposed by a British expedition in 1897. There is no doubt about the celebratory intention of this work: its artist, Victor Ehikhamenor, describes it as ‘reawakening Oba Ovonramwen and every other person that was violated during that oppressive attack on the Benin Kingdom.’