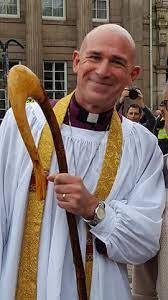 The Bishop of Sheffield has accused evangelical clergy worried about the UK government’s upcoming ban on gay conversion therapy of causing ‘unnecessary anguish’ to LGBT people.

Bishop Pete Wilcox wrote to the clergy in his South Yorkshire diocese following the publication of a letter signed by 2,500 Christian ministers and pastoral workers  to Liz Truss, the government minister responsible for the consultation over planned legislation to ban conversion therapy.

The Ministers’ Consultation Response, signed by over 700 Church of England ministers, expressed concerns that the legislation is so badly drafted that biblically orthodox ministers could go to jail for teaching the traditional Christian sexual ethic to individuals in their pastoral care.

Bishop Wilcox told the clergy of Sheffield Diocese in a letter of February 21 co-signed by Bishop of Doncaster Sophie Jelley:

‘Bishop Sophie and I are fully committed to the stance adopted by the General Synod in November 2017, namely that “conversion therapy has no place in the modern world, is unethical, potentially harmful and not supported by evidence”.

‘Individual lay and clergy leaders are, however, at liberty to dissent from this view and to do so as part of an official government consultation is entirely legitimate.  Notwithstanding the motion passed at General Synod, it is not a disciplinary matter for individuals to express convictions contrary to it.

‘Nevertheless, we want to acknowledge that unnecessary anguish has, in our view, been caused to members of our churches, most acutely among LGBTI+ people, by the tone and content of The Ministers Consultation Response.’

Bishop Wilcox turned to the disciplinary consequences for clergy and church volunteers of using ‘any form of deliverance ministry in pursuit of changing or influencing somebody’s sexual orientation’:

‘Finally, we cannot overemphasise the fact that all licensed and authorised clergy and lay leaders, PCCs [Parochial Church Councils] and churchwardens have a duty to have due regard to safeguarding Guidance issued by the House of Bishops.’

‘For the avoidance of any doubt, and in line with the decision of the General Synod of the Church of England in July 2017, it is made clear that nobody, whether a member of a Diocesan Deliverance Ministry Team or otherwise, is permitted to use any form of deliverance ministry in pursuit of changing or influencing somebody’s sexual orientation. This applies whether or not the individual concerned wishes to receive such ministry. Individuals asking for such ministry must be treated with compassion and understanding, and should be referred both to pastoral support and to links to appropriate resources.’

Bishop Wilcox then issued this threat to the clergy, lay readers, churchwardens and PCC members of Sheffield Diocese: ‘It follows that if someone (or a body) with a duty to have due regard to this guidance, sanctions or exercises a practice that contravenes it, that would be treated as a safeguarding matter and liable to result in disciplinary proceedings.’

Sheffield Diocese has 122 salaried clergy serving 185 parishes. Around ten clergy, all evangelicals in the diocese, signed the letter to Liz Truss, including Rev Andy Brewerton, vicar of St Thomas Kilnhurst and Area Dean of Wath; Rev Pete Scamman, associate vicar of Christ Church Fulwood, which has one of the highest Sunday attendances  in the CofE; and Rev Ed Pennington, minister of Christ Church Endcliffe, a church plant from Fulwood.