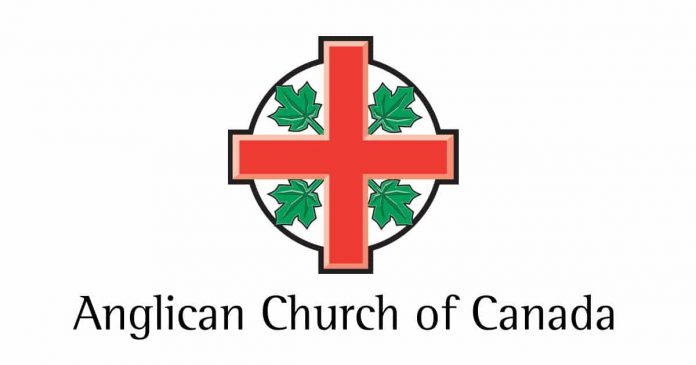 General Synod will not be meeting this summer.

The decision follows a special meeting of the Anglican Council of General Synod (CoGS) Feb. 12, during which some members raised concerns about an in-person meeting and postponement of General Synod until 2023 or beyond was discussed. It effectively postpones any combined gathering of the two churches until at least 2025, and it is now up to the leaders of each church to decide what they will do instead.

“It’s a casualty of the pandemic,” said Nicholls. “But we want people to come together with a sense of joy and passion for ministry. If they’re worried about their personal safety and that of others, that may interfere.”

At its Feb. 12 meeting, CoGS discussed postponing the Anglican gathering due to lingering complications from the pandemic. While some CoGS members expressed a desire to go ahead with General Synod as planned, many had questions and concerns, which Nicholls brought to Friday’s meeting of the Assembly Planning Committee.

General Synod, which normally meets every three years, was last held in 2019 and was scheduled to take place this July 12-17 in Calgary. For the second time in its history, General Synod was going to be meeting jointly with ELCIC’s corresponding body, the National Convention, at a single gathering called the Assembly. This year’s Assembly would have marked the 20thanniversary of full communion between the Anglican and Lutheran churches.

In March, CoGS will decide whether to postpone General Synod to 2023 or 2024, but the Lutherans’ constitution requires a national convention every three to four years. As a result, Nicholls said, her Lutheran contacts indicated they would proceed with a gathering of some kind this year, whether that means going online or meeting in-person without the Anglicans.

“The Lutherans have asked us to take very seriously the request to meet in 2023 so we can come back together in 2025,” said Nicholls after the Feb. 18 meeting.

One reason members of CoGS raised for considering the postponement was the importance of General Synod as a time for fellowship, not just to resolve an agenda.

“In my parish, we’ve put money in our budget for the next year that is just about community building and practising being in the same room together again because we have been told for over two years now to stay away from each other. I think that’s going to take some time. I think that meeting so quickly will change the tone of our relationships because we haven’t practised yet,” said CoGS member the Rev. Marnie Peterson.

The other major concern CoGS members raised about an in-person gathering was safety. Some Anglicans, they said, may not be as comfortable with the gathering as others as case counts and stages of reopening differ across the country.

For example, Joey Royal, suffragan bishop of the diocese of the Arctic, told the council that Nunavut, where he lives, is still in the middle of its Omicron surge.

“For our people up here, I anticipate some reservation about getting on a plane and travelling,” he said.

For those who are immunocompromised or come from Indigenous communities hit hard by COVID-19, there’s a real chance it may seem preferable to back out of this year’s synod entirely, added Peterson.

“That can end up being an incredibly exclusive gathering,” she said.

One point Nicholls raised to CoGS during the Feb. 12 meeting was that if General Synod were to be postponed until 2023, church leaders could expect to have a similar conversation next February unless the public health situation is much clearer.

“Will we be in a different position next year? That’s not a question any of us can answer, so we’ll be back at this again next year at this time.”

CoGS is unlikely to consider replacing this year’s synod with an online gathering, said Nicholls, as Archdeacon Alan Perry, general secretary of General Synod, explained the church would not be saving money by going online. The estimated cost of setting up an online video conference alternative was $250,000, Perry explained at the Feb. 12 CoGS meeting, roughly the same as the church would have spent on travel for delegates to the in-person event.

Nor would an online event solve the problem of discomfort and distance, said Perry. “The Zoom experience tends to be much more transactional and not very relational. And so the feeling is that it’s very difficult to get together 236 people on a Zoom screen and have an effective meeting that builds relationships.”

However, Nicholls said this week, the Lutheran leaders at the Assembly Planning Committee meeting announced their intention to investigate some online methods to include Anglicans in their convention, whatever form it takes this summer. That may mean livestreaming some sessions of an in-person gathering or inviting Anglicans to sit in on Zoom meetings if the convention goes online. Either way, Nicholls says, the plan is to recapture some of the fellowship the two churches were looking forward to in 2022.

Assembly organizers have been seeking advice from the Rev. Michael Garner, an Anglican priest and former infectious disease epidemiologist. In an interview with the Anglican Journal, Garner said that with multiple provinces announcing an end to pandemic restrictions this spring and a typical pattern of minimal COVID-19 spread in the summer, the risks didn’t look impossible. But even with carefully designed precautions in place, Garner said, there’s an emotional element to the first in-person gathering after the pandemic.

“Even if we can meet safely from a cold science point of view, if everyone is preoccupied with safety the whole time, that can interfere with their comfort and the relational nature of the gathering,” he said.