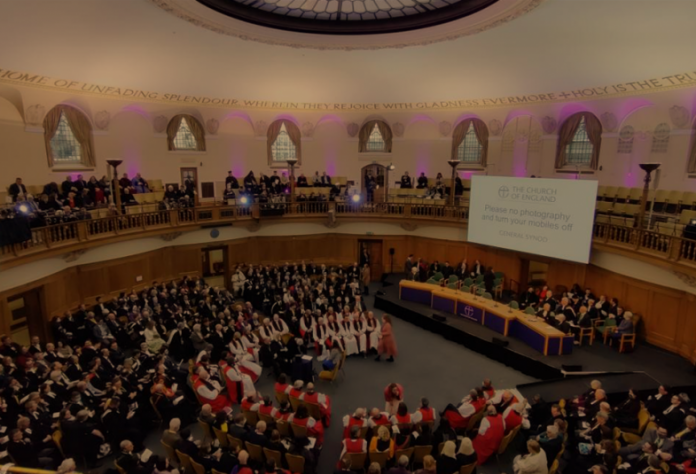 The motion called for dioceses and parishes to pray and offer other practical help to those facing persecution because of their faith and to rally support and raise awareness ahead of a global summit on Freedom of Religion or Belief taking place in London this summer.

In a debate which heard powerful accounts of how Christians maintain their faith amid threats, violence, imprisonment and murder, members were told that 360 million Christians – about one in seven around the world – face persecution.

The Bishop of Truro Philip Mounstephen, who carried out a review of Persecution of Christians across the Globe for the Foreign Office in in 2019, said the situation has deteriorated even in the last year.

He highlighted the “disastrous fall” of Afghanistan to the Taliban, “now making it the most dangerous country on earth to be a Christian”, and the “outrageous murder” of Pastor William Siraj returning home after Sunday service in Peshawar on January 30.

“The wholesale denial of freedom of religion or belief in today’s world is a great evil,” he said.

Bishop Philip said he had been shocked by the ‘scale, scope and severity’ of what had been found during his review.

“That people should be targeted simply because they believe different things and organise their lives accordingly is a monstrous evil,” he said.

Opening the debate, brought by Lichfield Diocesan Synod, Penny Allen said: “You may have already seen the Open Doors website and the World Watch List where countries are highlighted where persecution takes place, in order that people may know and accept the reality of the situation in each country.

“It is very sobering to learn that now 360 million Christians, that is one in seven around the world, face persecution.”

Today’s debate comes after the General Synod held a debate on Freedom of Religion or Belief last April in which the Bishop of Leeds, Nick Baines, warned that “human dignity and flourishing is diminished” when religious believers and atheists are persecuted.

Father Damian Feeney, from the Diocese of Lichfield, co presenting the debate today, said there was an “ethical imperative to love all people without condition”.

“Ten months ago, the Bishop of Leeds rightly reminded us that we cannot separate out persecution of Christians from that visited upon other groups and traditions.”

He added: “To the Christian, persecution against any is anathema, and the principle of viewing all this through a human rights lens is vital… We pray that today a spark which ignited an individual conscience can blaze into a fire of prayer, advocacy and practical concern for our sisters and brothers for whom danger and vulnerability are the daily reality carried for allegiance to Jesus Christ.

“We are dealing here with the lives of fellow humans, the least we can do is to try to understand what happens to people who live in this shadow.”

The motion (see below for full wording) was passed with 329 votes, with none against and no abstentions.

Here is the wording of the motion that was passed: