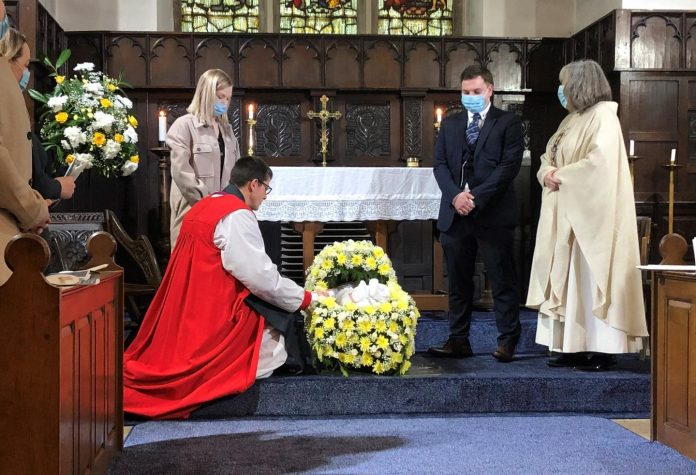 For 100 years, Candlemas has been celebrated with the Rocking Ceremony at St Mary’s Blidworth – a tradition that is thought to be unique to the village. Traditionally, the baby boy born closest to Christmas day is rocked in a cradle to re-enact the presentation of Jesus at the temple in Jerusalem. This year, the baby was Francis Vasey who was born on 22 December.

The ceremony started in 15th century when Bible stories were acted out for the congregation, but it was banned in the 1600s when villagers used it as an excuse for partying.

While it was revived for a short time in the mid-1800s, it was reintroduced in 1922 by the Revd John Lowndes. The first baby rocked was Charles Clifford Simpson, who later died fighting in WWII at just 22 years old.

The names of all the Rocking babies from the last 100 years are displayed on the Baptistry wall in the church, with several Rocking babies and their families attending the service to mark the centenary.