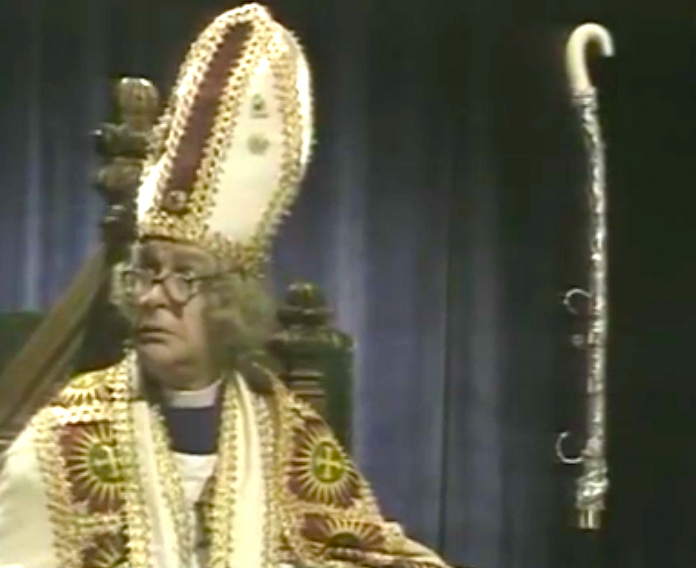 When politicians take to preaching, we feel uncomfortable. When bishops take to politics and managerialism, the sinking feeling gets worse. Now it seems we should brace ourselves for more pulpit politics: a Church of England proposal suggests that church leaders could be appointed to full-time cabinet-style roles such as ‘Brexit bishop’ or ‘Covid bishop’. These plans should seriously concern any Anglican well-wisher.

After all, why would the appointments stop at Brexit and the pandemic? Knowing the C of E, it seems a racing certainty that if these proposals come to anything others would include matters like climate change and anti-racism. What about preaching the Gospel?

Hidden within proposals for political bishops is a drastic rewriting of what bishops stand for. At present, as his crook symbolises, a bishop’s responsibility is to shepherd souls. He may of course express views on theology, or morals, or even politics: but this is part of his functions as a pastor, and cannot be separated from it. The Anglican church may choose to change this and instead pay a cleric to pontificate on Brexit, or climate change, or whatever. But such a person will be not so much a pastor as a pundit: an activist, or a corporate spokesperson. Neither of these is in the least in accordance with the tradition of the Church of England.There is a very present danger that if these proposals become law, the C of E will wither away as a broad church

There is also a direct threat to the political neutrality, at least in name, of Anglicanism. True, the C of E’s hierarchy, and many of its urban congregations, have long since ceased to be the Tory party at prayer and now largely comprise a congeries of well-meaning Greens, Lib Dems and metropolitan Labourites. But at least any political and social views these people express are personal.

The church itself has so far respected Jesus’ reminder in St John’s gospel that his kingdom is ‘not of this world’ – words spoken, remember, in direct reproof of direct action in his name against the forces of government. This discretion has served it well: as conservative churchman Edward Norman remarked over 40 years ago in his Reith lectures Christianity and the World Order, once a church approximates its religious teachings to adherence to a secular political creed, it undermines much of its authority as a church. This is exactly what threatens the C of E as soon as it takes an official line on such things as Covid or Brexit, or sets up a cleric as some kind of ecclesiastical shadow minister for climate change.

As if this was not enough, another idea floated involves requiring all bishops, territorial or otherwise, to be appointed for a fixed seven years, with a need to seek reappointment after that time. In Victorian times a parish priest was essentially left to attend to parishioners’ spiritual needs as he thought fit, subject only to the occasional nudge from his archdeacon and ultimate supervision from his bishop. Under these proposals he, or increasingly often she, will resemble more and more a junior employee carrying out orders under the demanding eyes of layer after layer of line management.