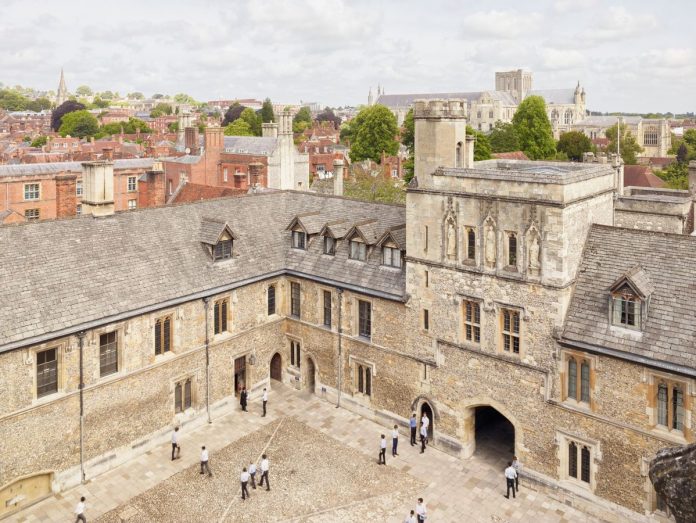 The ugly and criminal behaviour of John Smyth QC towards young men and boys at his home in Winchester and elsewhere, has become a well-attested episode amid similar abuse stories in the Church.  Surviving Church has looked at the succession of accounts and reports about how things went terribly wrong in the failures to expose Smyth, both at the time of his nefarious activity and subsequently.  We have looked at various reports published about the affair, including the Titus Trust report of 2021 and the recent Scripture Union report.   The most recent exploration is, of course, Andrew Graystone’s book, Bleeding for Jesus, which appeared in the autumn.  This latest report from Winchester College released on Tuesday 18th January is one that concerns itself with the activity of Smyth in and around the College.  How was an individual with no official role within the College, able to get access to so many boys to groom and abuse a significant number of them?

The 197-page Review by Jan Pickles and Genevieve Woods, by careful interviewing of many of the witnesses of the event of the 70s and 80s, adds considerably to our understanding of what went on at the time.  It is interesting to read some very vivid testimony. This gives us insight, not only in the personality of Smyth, but also into the religious atmosphere of the College at the time.  To summarise the situation in a few words, Winchester College, in the 1970s, was host to a narrow strand of evangelicalism among many of the boys.  This was linked directly to the Iwerne type of conservative Anglicanism which we have many times discussed.  In a school of 600, some 100 identified as having had an evangelical conversion experience as the result of a decision made at the school.  In one of the ten Houses into which the College is divided, there was one which claimed 75% as members of the Christian Forum. This was the organisation within the school which acted in a similar way to a university Christian Union.   Only 15 boys in that House were not identified with this group.

Depending on one’s perspective, Winchester College was going through a religious revival or a troubling example of an infectious mass psychosis.  Christian Forum had been founded by a maths teacher, John Woolmer.  It began its life as a bible study group consisting of a handful of boys.  Things changed after 1974 when Keith de Berry, a visiting preacher, held two meetings in the College.  Some 30 boys then experienced a conversion to Christ.  The Christian Forum then became the dominant expression of Christianity in the College.  It was this rapid expansion of the Christian Forum and its need for ‘sound’ teaching and pastoral input that gave Smyth his opportunity.  What could be more appropriate than to invite a local prominent Iwerne leader to speak at Christian Forum meetings?  The invitation to speak gradually, as the Review makes clear, turned into a regular attendance and Smyth used his presence at the meetings to befriend particular boys and invite them to come to his house.  There were plenty of takers, it appears, for the chance to be part of an ordinary family for Sunday lunch.

Winchester College is a foundation with considerable resources for articulating a thoughtful expression of Christianity.  The school was able to fund no fewer than four chaplains in the period studied by the Review.   Such chaplains would be among the most qualified and well-educated clergy in the Church of England.  They were thus potentially able to present issues of faith in a thoughtful and challenging way.  Nothing of this legacy of an intellectually stimulating presentation of the Christian faith seems to be remembered or found its way into the Review.  The expression of Christianity that was prominent at the College seems to have been almost entirely of the Iwerne Camps/Bash variety.

An insight into the divided nature of Christian observance in the late 70s in the College can be discovered from some extracts of a school magazine written by the boys in June 1979. The contrast made seems to be between Christian Forum observance and no faith at all. In speaking about the Christian Forum, the anonymous editorial author in the Dossier’s Organ stated that the ‘School is very much divided into Christian and non-Christian houses.  Or should I say Christian Forum and non-Christian Forum houses?’  The writer goes on: ‘The reasons for this are difficult to pin down, but the main one is that the leaders of the Forum are totally disconnected from the official school chaplains’ The Editorial recommended that the chaplains be put in charge of the Christian Forum so ‘that it would cease to be a breakaway group with a tarnished reputation’.  The clear sensible understanding of the situation of division and polarisation was heard by the school and a mainstream evangelical, Mark Ashton, was soon appointed to be one of the chaplains in an attempt to weld this cultic section of the College back into the religious mainstream.

In the autumn of 1980, a new senior chaplain appeared in the College, David Conner, later to become Dean of Windsor after serving as Bishop of Lynn.  I take an interest in his Review evidence because we knew each other slightly in Oxford in the mid-70s when we both helped out at the same church in Summertown.  He was then a school chaplain in Oxford, and I was a research student.  Although I am two years his senior, we were both familiar with the polarised situation in many Oxford college chapels when we were undergraduates in the previous decade.  Members of the Christian Union routinely refused to have anything to do with either the chapels or the chaplains that cared for them.  This situation was very similar to the one that David seems to have found in Winchester in 1980.  From an Anglican point of view, the situation would have presented a clear challenge to his professional skills.  The Forum was the dominant expression of Christianity, and he would have the clear task to present the breadth of the Christian tradition and suggest that living with questions was still part of Christian faith.  Was he, in summary, going to help Winchester College become a place where Christianity was presented and lived out in a nuanced and rounded way?

The evidence of Conner’s testimony to the Reviewers states that he can remember little or nothing of his relationship with the Christian Forum and Smyth.  The same failure of memory was apparent when approached by Channel 4 in 2016. Although Conner’s name appeared as a speaker at the Forum from time to time, his memory of any significant engagement with the organisation and their leaders is almost nil. This is indeed extraordinary.  When Smyth became non-grata in the course of 1982, would he not as Senior Chaplain have been brought into the picture very early on?  The obvious thing for him to have done is to think back over the previous two years and try to remember as much as he could about the Forum meetings he had attended.  Is it not strange that the Forum, the most prominent expression of Christianity in the College at the time, should have not engaged his attention even if another chaplain, Mark Ashton, had been given the task of monitoring the Forum?  Conner claims that he never met Smyth, even though Smyth was a regular attender at Forum meetings in the College. The presence of such an evangelical celebrity, as Smyth, would surely have piqued Conner’s interest. Quite apart from the reports of abuse, which only came out in 1982, Smyth, according to the boys’ testimony had a considerable effect on the boys he took under his wing.  It is frankly strange if none of this got back to Conner.

We are in this situation, once again, where Smyth succeeded in flying under the radar and avoiding the attention of those who might have protected his future victims.  In a previous blog article, we noticed how a considerable number of prominent Iwerne network leaders, some of whom were Smyth victims, failed to do anything about Smyth or communicate any of their concern to others.   Smyth was thus able to continue his abusive rampage for another 30 years in Africa.  Conner was never part of the Iwerne network but has subsequently become an establishment figure in the Church. Does his failure of memory about the events of 80-82 have some connection with that privileged position he now occupies?  A variety of other senior churchmen, including ++Welby, have found it expedient to play down their association with Smyth.  Does the fear of association, and thus imputed shame, play a part in Conner’s protestations about the Christian Forum? ‘Clearly I have not remembered things accurately’ was his response when presented with evidence by the Reviewers that he had attended Forum meetings.   It should be mentioned that if Conner had played a somewhat more vigorous part in the Smyth episode, the subsequent narrative of Smyth’s story might well have been considerably different.  A little bit more curiosity on the part of Conner about this important personality who was invading the spiritual space of Winchester College, might have helped to bring Smyth to book much earlier.  The absence of any definite answers in the Review, and failures to interview another surviving chaplain from the period leaves this reader with a strong sense of an incomplete story.  A key figure who refused to be interviewed was Peter Krackenberger, an alumnus of Iwerne and member of the Winchester staff.  He was a leading figure in the work of the Christian Forum throughout the relevant period.  The lack of his testimony and the ‘loss of memory’ by Conner weaken the overall value of the Review.

The report contains a great deal of detailed material about Winchester College and to a considerable extent answers the question of how John Smyth, with his cultic ideas and psychologically disturbed personality, gained access to the College and the hearts and minds of some of those who attended the school. It is likely that Smyth bludgeoned his way into the sacred space of boys’ vulnerability by the sheer force of a charismatic personality.  But, as we have indicated, the failures of memory and the passage of time have left important parts of the story untold.  The Review is not, nor can it be, a full account of what happened in Winchester 40 years ago.  We can still wish that there was evidence of a greater robustness and strength to defend the vulnerability, even fragility of the pupils of Winchester College by those professionally employed to protect them from a notorious predator, John Smyth.