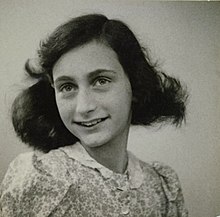 They had hidden for nearly two years in a secret annex above a canal-side warehouse in Amsterdam on August 4, 1944.

Van den Bergh, who died in 1950, was accused based on six years of research and an anonymous note. That note was received by Anne’s father, Otto Frank, after returning to the Dutch capital at the end of the war.

Investigators say Van den Bergh was involved in the forced sale of works of art to prominent Nazis like Hermann Göring. In addition, they believe the notary used revealing addresses he knew of hiding places as a form of life insurance for his own Jewish family.

Some experts remain skeptical, but former FBI agent Pankoke seems convinced about the evidence. Pankoke said knowing who betrayed Anne Frank and her loved ones remained a top priority to those seeking answers and closure.

That’s why he stressed, he and his fellow researchers used modern investigative techniques such as computer algorithms to solve the “cold case.”

“I think that people who are looking at this feel: ‘Oh maybe we can learn something if this case is solved,” Pankoke said. “And maybe to the Holocaust survivors that are still out there, they understand that somebody still cares that these mysteries are solved.”

Anne Frank and the others were all deported, and Anne died in the Bergen Belsen camp at age 15. However, in a way, she lives on in her writings. Her diary was translated and published around the world.