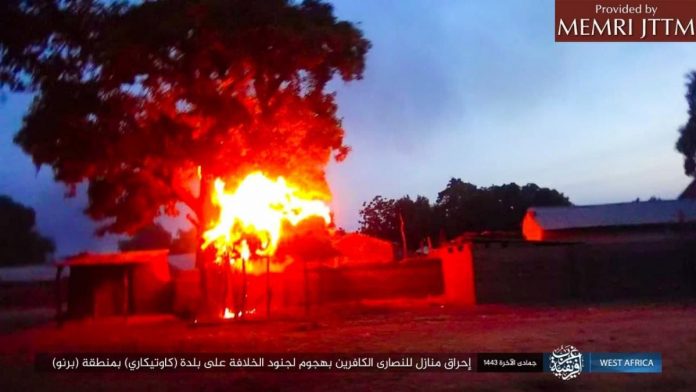 On January 16, 2022, the Islamic State (ISIS) released a statement claiming that its operatives in Nigeria launched a raid on a village in Borno, killing two Christians, torching several houses, and burning down a church.[1]

“By the grace of Allah Almighty, the soldiers of the Caliphate attacked the Christian town of Kautikari in Borno the day before yesterday [January 14] with automatic weapons, killing two infidel Christians and burning a church and a number of their houses.”

On January 20, 2022, the group’s official media released a series of photos documenting the attack, which also showed spoils such as a vehicle and a three-wheeled motorcycle seized by the group’s operatives.[2]