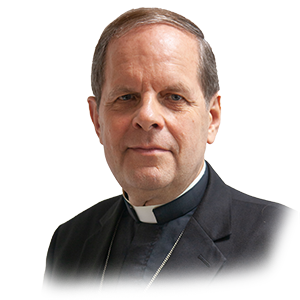 We reflect with awe and wonder that it was in our very region that Christ was born of Mary, literally in our midst.

We reflect that, as today, so at the time of the birth of Jesus Christ human beings were grappling with the deepest uncertainties and lived through many sorrows. There were occupied lands. There were great powers that lorded it over small peoples. There was migration for the same multiple reasons that migration happens in our own time. Life was precarious. Injustice was rife. Liars lied, cheaters cheated, the strong oppressed the weak, truth was held cheap.

Yet we reflect that in such a time as this God chose to enter into his own world, his own creation. In the apparently obscurest location, into the care of an otherwise unknown young woman married to an otherwise unknown loving older man, God’s very expression of himself in time and place—God’s “Word” that was always within God’s self from the eternal beginning—became flesh; was incarnated; was born to live among us in all the fragility of what it is to be human, even to death on a cross.

As a line in the much loved carol Hark! the herald angels sing proclaims, God’s Word in Christ brought light and life to all: light in dark days just like ours; life in deadly days just like ours. And ultimately those who saw him, watched him, and followed him, men and women like, for example, the author of St John’s Gospel, realized and trusted that neither the darkness nor the fact of human suffering and death could ever overcome God and the light of God’s love.

Christmas is the Solemn Feast of the Nativity of Our Lord Jesus Christ and of the Incarnation. Because of that we sing

Hail, the heaven-born Prince of Peace!  Hail, the Sun of Righteousness!

Light and life to all he brings, risen with healing in his wings.

Mild he lays his glory by, born that man no more may die,

Born to raise the sons of earth, born to give them second birth.

Hark!  the herald angels sing glory to the new-born King.

Hail to the sheer loving grace of God in Christ. May the celebration of the feast of the Incarnation and Birth be blessed, not only in this great Province but throughout Creation.