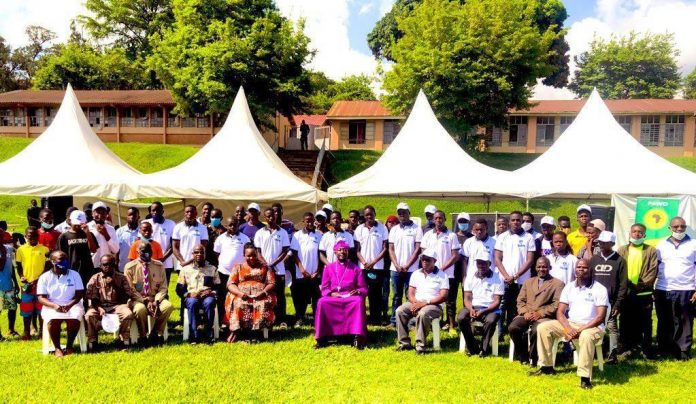 The Archbishop of Church of Uganda, the Most Rev Dr Stephen Samuel Kaziimba Mugalu, has called for extra attention and serious mentorship of the boy child in order to have responsible husbands and citizens.

He made the remarks while officially closing a three days Boys camp that ended today at Mengo SS in Kampala under the Theme, ” From Boys to men of valor.”

The camp brought together over 100 youths from different backgrounds, age groups and regions.

Archbishop Kaziimba decried the neglect of the boy child which has resulted into a big number of ill-mannered husbands.

“We have put all our efforts in mentoring the girl child and ignored boys. These well disciplined girls at the time of marriage land into the hands of these poorly brought up men which explains the rampant cases of domestic violence,” he said.

He pledged to introduce boys to men ministry in Church of Uganda Structures.

He called upon boys and men to respect girls and women and treat them not only as sisters but as mothers.

“A man who beats up his wife or any woman shows his highest level of weakness and is not fit to live in a modern society,” he said.

He encouraged children to begin working on their dreams at a younger age and look out for the right connections that will help you to achieve them. The camp was organized by Boys to Men a ministry under The Brotherhood of St. Andrews.

The program coordinator, Eng. Ronald Kibuuka commended the Archbishop for his passion for having a respectable boy child.

“The Archbishop has used all his available spaces to rally for the mentorship of the boy child which was clearly manifested by including it in his charge.”

The boys camp will be an annual event according to the organizers.