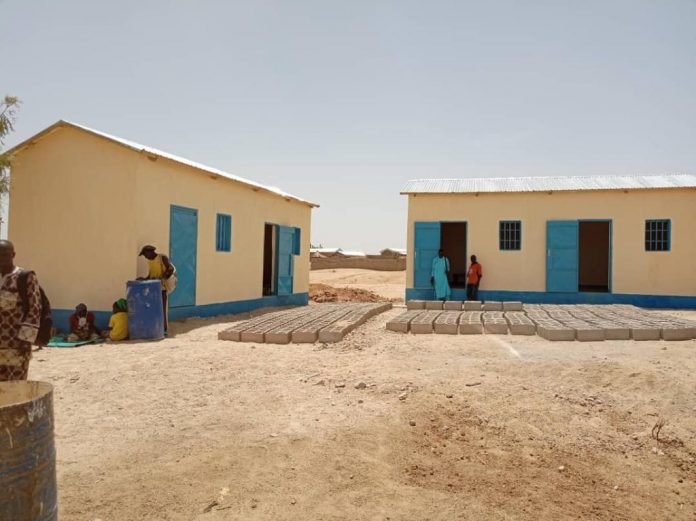 A year after Boko Haram terrorised a village in Northern Cameroon and killed two Bible Society literacy teachers, their families are in new homes in a safer village thanks to assistance from Bible Society Australia (BSA).

The Islamic terrorist group killed Jonas*, 42, last August and his friend Joseph*, 43, in September, and took all each family’s possessions, leaving both wives and a combined 16 children with nothing.

BSA was able to step in straight away and provide funding for both families for food, clothing and other essentials. It soon became apparent, though, that the wives were very reluctant to accept replacements of their household goods as that would make them a target for further attacks by Boko Haram. They weren’t safe and were at high risk, especially the school-aged children who moved between villages to attend school.

Bible Society Cameroon approached BSA with a request to fund moving both families away from danger to a much safer village and even help to pay for new houses for them.

Soon after this, one of the women gave birth to another child, a little boy she named Innocent, who sadly would never meet his father.

BSA readily agreed to this plan, and the Cameroon team got busy, moving the families into homes in their new village and buying all new furniture and household goods as well as clothing and new school uniforms for the children.

Recently, the families were able to move into their new homes, filled with everything they need and in a place where they are safe and secure.

Bible Society Cameroon has committed to support these families for at least five years, providing food and clothing and paying for the education of all of the children. BSA has pledged to contribute to this along with a couple of other generous Bible Societies that were also moved by this story.

“It is this Bible that will bring hope and heal the wounds of the Parkwa-speaking people.” – Luc, Bible Society Cameroon

Along with such practical assistance, trauma healing programs are being provided to both families and also to the village where the men were killed and where the literacy project still runs.

After the attacks, Cameroon’s General Secretary, Luc, commented: “It is this Bible that will bring hope and heal the wounds of the Parkwa-speaking people. The translation of the Bible into the Parkwa language is truly taking place under the most painful conditions. Even at the official ceremony to launch the translation project, we had to leave the village in a hurry because we were warned of a possible attack by Boko Haram.

“You know, when God sends you on a mission, he doesn’t say what conditions you will face when you go. He says, ‘Go, I’m sending you.’ He sent us to this people and we must accomplish our mission. We are convinced that, with him, we will complete our mission, despite the actions of the enemy.”

“Religion that God our Father accepts as pure and faultless is this: to look after orphans and widows in their distress and to keep oneself from being polluted by the world.” James 1:27