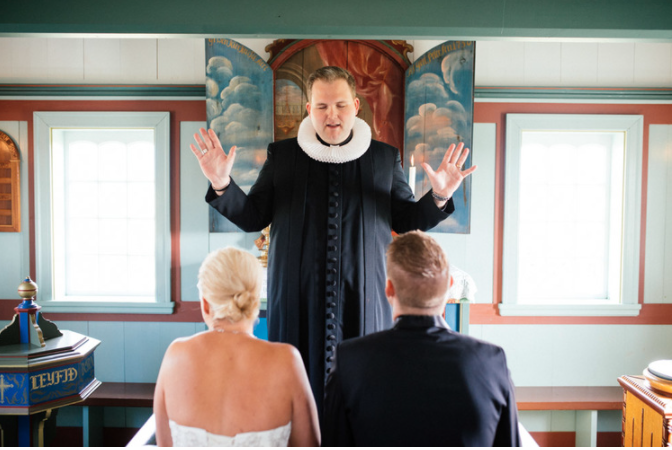 A proposal to ban clergy from charging or accepting fees for funerals, weddings and baptisms has prompted threats of industrial action by the clergy union of the Church of Iceland (Þjóðkirkjan).

The Church of Iceland is the established Lutheran church of the island nation, and its clergy are paid by the state. Clerical salaries and parochial responsibilities are laid out in a contract negotiated by the Association of Icelandic Clergy and the state. Funerals, baptisms, weddings and confirmations are considered extra work and are governed by a set fee schedule.

On 19 Oct 2022 the Kirkjuráð, the Church of Iceland’s executive council, proposed ending the practice of charging fees. An announcement from the Kirkjuráð said the church would ban priests from charging fees. It believed clergy were sufficiently remunerated for their work, and further stated they believed the ministrations of the church should be available to all, and no one by dint of lack of funds should be denied services. “It is outdated and alienating for the services of the church that priests, who are serving people in moments of joy and sorrow, later send these people a bill for the services. This greatly undermines the credibility of the services of the church,” the Kirkjuráð wrote.

The president of the clergy union, Ninna Sif Svavarsdóttir, issued a statement decrying the proposal and took issue with the tone of Kirkjuráð’s announcement. “It is highly distasteful and indecent for a church council to warn pastors about a lack of Christian love when they exercise their clear fundamental right to collect fees for extra work.”

Ms.Svavarsdóttir stated a collective bargaining agreement had been reached in July 2021, and if the church hierarchy was going to abrogate the contract, the clergy might be compelled to exercise their rights under law and strike.