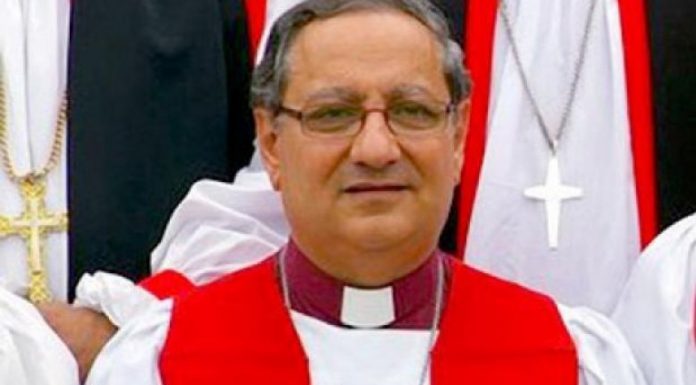 In this interview, given recently in Cairo, Dr. Mouneer, who only recently stepped down as Primate of the Anglican Communion’s newest Province, takes the opportunity to reflect on his long ministry, both in the Church and as a medical doctor. He discusses how his sense of vocation brought him first to medicine and then — in mid career– to become a priest and only a very short  time later Bishop of the Diocese of Egypt, (at that point the largest diocese in terms of geographic spread, in the Communion since it stretched all the way from Tunisia to Ethiopia and the Horn of Africa). He then later became Primate of the Province of Jerusalem and the Middle East (an office that has traditionally rotated between the member Sees of Cyprus and the Gulf, Jerusalem and his own).  By this point his own diocese had been subdivided  with the creation of new suffragan sees within it. This in turn allowed it to achieve independent status as a Province in its own right as it now has.

Archbishop Mouneer reflects, in the light of his long experience, upon the current deeply divided state of the Anglican Communion.  He makes clear that while his Province — along with the other member Provinces of the Global South Movement — has remained committed to the Anglican Communion, he does nonetheless see major need for reform in order that mutual accountability be more real.

He commends mechanisms that could constrain the divisive excesses whereby one or another Province feels free to break with the mind of the whole on major matters of teaching. This sadly neglects the principle that whatever affects all should be decided by all.

He particularly commends (around the 28th minute onwards) the Windsor Continuation Group Report of 2008 – which he felt prescribed the needed cure — which is to give more power and authority to the Primates and Archbishop and make sure that the ACC remains what it was set up to be — namely a consultative and not a synodical body. He argues that change is needed to address  the ecclesial deficit which is in the Anglican Communion. and regrets that the work of the Windsor Continuation Group has simply been shelved.

He commends the idea of the Covenant which he feels should be revived while also arguing that the structure of the Communion itself must change such that Church of England is no longer be privileged in the way that it is at present.  He also recalled the proposal of Archbishop Williams at the end of the New Zealand ACC meeting in 2012 that there should be another Chair of the Communion as well as the Archbishop  of Canterbury (not least because of the practical reality that the Archbishop of Canterbury has a lot to do with the internal and specific needs of the English Church). Such steps he sees as essential in order to prevent the Communion collapsing into a mere federation of friends.