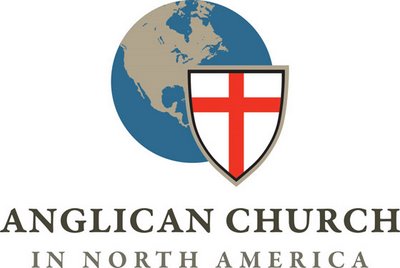 Here is a trustworthy resource to help the Laity learn what they should know to be able to share Anglicanism aptly and winsomely with others. The Canons are clear about the need:

The effective ministry of the Church is the responsibility of the laity no less than it is the responsibility of Bishops and other Clergy. It is incumbent for every lay member of the Church to become an effective minister of the gospel of Jesus Christ, one who is spiritually qualified, gifted, called, and mature in the faith. (Title One, Canon 10, Section 1)

We believe that to be effective, lay people need some basic knowledge of the Anglican Way together with their Apostolic Faith — the faith once for all delivered to the saints. (Jude 1:3)

Knowing Anglicanism is a series of incisive books to address these essentials. Each book is marked by two imperatives: Scholarship and Timelessness. There will be two editions of each book: a premium paperback and, for small groups, house churches, and congregations, an economy pack of five handout-copies available for the price of a single paperback.

Volume One of Knowing Anglicanism consists of 5 works by top Anglican scholars. The first book in the series is now available at anglicanhousepublishers.org.

The Faith of Anglicans by John Rodgers ThD — The central teaching of each of the Thirty-nine Articles of Religion with suggested application for believers and congregations.  (To view a sample chapter, go to The Faith of Anglicans: Premium Paperback – Anglican House Publishers.)

The other Volume One books will follow at approximately two month intervals:

Marriage According To The  Book  of  Common  Prayer  by Stephen Noll PhD — Extolling the godly married life and the godly single life vocation.

These Holy Mysteries  by  Ray  Sutton  PhD  —  Examining God’s mysterious use of earthly elements in the Sacraments to communicate himself and his grace to his people.

JOHN RODGERS, The Rt. Rev. ThD, has had a long career covering a wide and rich service of Christ. After a Midwest boyhood and year of college he accepted an appointment to the Naval Academy where he chose a commission in the Marine Corps. After studying at Virginia Theological Seminary he studied with Karl Barth in Basel, Switzerland. His sojourn there required learning German from scratch. His Doctor of Theology degree required proficiency in three languages: Greek, Hebrew and Latin. He returned to Virginia Seminary, where he became Professor of Systematic Theology from 1963-1976. He then responded to God’s call to move to Trinity School for Ministry as Professor of Theology and then Dean/President from 1978-1990. He was active in upholding orthodoxy in the Episcopal Church in the 1990s. John Rodgers was consecrated in Singapore in 1990 as a Bishop of the Anglican Mission in America. After retiring as bishop, he fulfilled a long-time dream by writing his acclaimed 735 page comprehensive commentary on the Thirty-nine Articles of Religion. The Faith of Anglicans is his delightful condensation of that work.

STEPHEN NOLL, The Rev. PhD, graduated Phi Beta Kappa from Cornell and received a Master of Arts at the Graduate Theological Union and a Master of Divinity from Church Divinity School of the Pacific. He received his PhD in Biblical Studies at Manchester University (UK) and was awarded the Doctor of Divinity degree at Nashotah House Theological Seminary. He served as Assistant and Priest-in-Charge of Truro Episcopal Church from 1971-1976. In 1979 he joined the faculty of Trinity School for Ministry where he served for 21 years as Professor of Biblical Studies and Academic Dean, and is Professor Emeritus. In 2000 he became Vice Chancellor [President] of Uganda Christian University where he is credited with building up the University. Dr. Noll is Chairman of ACNA’s Task Force on Marriage, Family and the Single Life, which produced the marriage liturgy for the Book of Common Prayer 2019. He has been active in the Gafcon movement and continues to serve as Convener of its Task Force on Women in the Episcopate. Dr. Noll authored two previous marriage books for Anglican House — The Holy Matrimony Presentation Booklet (2017) and the Wed-Talks audio book of 25 short talks on marriage (2019). Stephen Noll blogs at stephenswitness.org.

ASHLEY NULL, The Rev. Canon PhD, is an internationally respected scholar of the English side of the Great Protestant Reformation of the 16th century. Among his current projects is compiling and editing the personal papers of Archbishop Thomas Cranmer (1489-1556), the English counterpart of Martin Luther (1483-1546) and John Calvin (1509-1564) — a five-volume project for Oxford University Press. Holding research degrees from Yale and the University of Cambridge, Dr. Null has received numerous awards for his work, including Fulbright, National Endowment for the Humanities, and Guggenheim fellowships, as well as being an elected fellow of the Royal Historical Society and the Society of Antiquaries in London. He currently holds a research post funded by the German Research Council at Humboldt University in Berlin, and is a visiting fellow at the Divinity Faculty of Cambridge University and St. John’s College, Durham University. He travels widely and teaches regularly in seminaries and churches in the Americas, Europe, Africa and Australia. In another area of his life Dr. Null is an Olympic chaplain with an ongoing chaplaincy to elite athletes today.

RAY SUTTON, The Most Rev. PhD, is Presiding Bishop of the Reformed Episcopal Church, a founding member and special jurisdiction of the Anglican Church in North America. He is also Dean of the Province for Ecumenical Affairs. He is a graduate of Southern Methodist University and earned his Masters of Theology from Dallas Theological Seminary. From 1976 to 1991 he served in parish ministry before pursuing doctoral studies in an associated research program at Wycliffe Hall, Oxford together with Coventry University from which he received his Ph.D. Bishop Sutton also holds two Honorary Doctorates. From 1991-1995 he was Dean and Professor of New Testament at the Reformed Episcopal Seminary in Philadelphia where he continues as an adjunct professor. Later, Bishop Sutton functioned as Dean and Professor of Theology at Cranmer Theological House where he continues to teach. Dr. Sutton is also the Rector of The Church of the Holy Communion in Dallas, which serves as his cathedral. Bishop Sutton has authored several theology works and many articles.

ARNOLD KLUKAS, The Rev. PhD, has been passionate about worship traditions and ascetical practices as early as he can remember. A fellowship to study theology at Oxford University and a National Endowment for the Humanities Fellowship to do his research in Great Britain were stepping stones along the way. He found his dual vocation of priesthood and teaching in a curacy in London. Returning to the US, he began 15 years of parish ministry where he revitalized a dying inner-city parish as a dynamic center for Anglo- Catholic worship and spirituality. In 2001 Fr. Klukas became Professor of Liturgics and Ascetical Theology at Nashotah House where his dual vocations as scholar/teacher and priest/mentor were combined in a single job. Now retired, Fr. Klukas continues to be a member of the Task Force that produced the Book of Common Prayer 2019. He leads retreats and workshops across the country stressing the beauty of holiness, the importance of the ascetical life, and worship as our self-oblation to a transcendent, yet loving God.