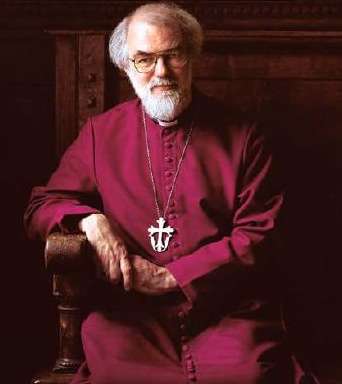 The Parliamentary debate on assisted dying is about to be reopened. Public and professional opinion seems to have shifted somewhat since this was last considered in Parliament, and the support of some prominent religious figures has added a new element to the discussion as recent contributions to the BMJ (the article by Lord Carey and Rabbi Romain) show. But it is hard to see that any new facts have emerged in recent years that would justify the changes envisaged. The arguments remain essentially the same, and in a matter like this it is important to weigh them in their own right.

Some continue to say that the opponents of this change are deliberately condemning people to protracted physical and mental agony for the sake of the religious or moral convictions of a minority. In fact, no serious contributor to the debate believes that merely prolonging life at all costs is a good in itself, or that it is morally inadmissible to scale back medical intervention or to use procedures for pain relief that are known to have potentially life-shortening side effects. But two broader points need to be made clearly here.

The first is the plain fact that those resisting legal change include religious believers and unbelievers alike, as well as a large proportion of those most directly involved in end-of-life care and palliative medicine – i.e. those most immediately concerned with and responsible for the management of pain and extreme distress.

The second is that the actual arguments against a change in the law are routinely about its effect on patient-doctor trust, on attitudes to certain kinds of disease or disability, on the apportioning of resources in a strained care system and a good many other practical issues. Many – including myself – are indeed opposed on religious principle, but fully recognise that this alone is not a reason for maintaining the legal ban.

The concerns that continue to be expressed are about what we believe to be the unacceptably high price of a change in the law.

– We have to be aware of the reality of pressure on seriously ill patients to take certain decisions – something which Kathryn Mannix’s 2017 book, With the End in Mind, reports and discusses in a non-partisan and unsensational way: pressure which may (very understandably) come from overstrained families as well as overstretched medical systems.

– We need to note that fear of such pressure within the medical system may discourage seriously ill patients from seeking appropriate medical help; the issues of doctor-patient trust involved are real.

– This country currently has an enviable record of progress in and provision for palliative care; will this survive in the world of overburdened budgets if there are less expensive options? This is emphatically not to suggest any cynicism in the proposals for change , but to recognise an undeniable reality in terms of the routine triage within the funding systems of health care.

– There are immensely complicated questions about how the law is to identify conditions that would ‘justify’ medical intervention that has the direct and intended consequence of ending life. The obvious risks in labelling certain conditions in this way are of alarmist messages to patients at large, and of pressure to claim greater prognostic certainty than is realistic. Many disability groups also have strong views on this set of problems.

More could be said, and there are many questions about the effects of implementation in other jurisdictions that need fuller treatment. But these are still the considerations that persuade many to say ‘No’ to a legal change in the UK.