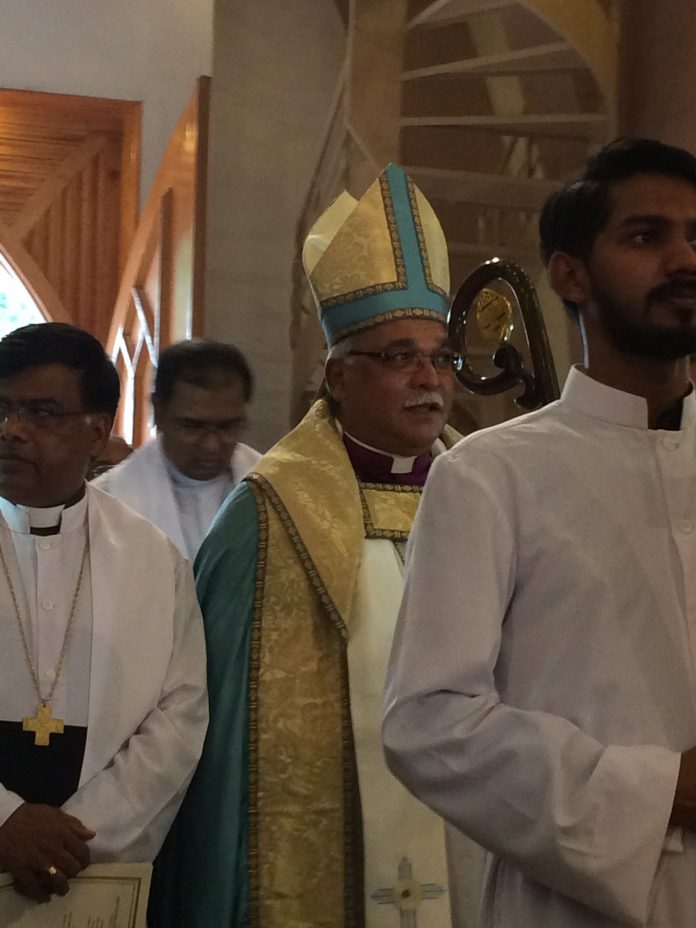 The Bishop in Raiwind, the Rt. Rev. Azad Marshall, was elected by delegates to the 16th triennial meeting of the Church of Pakistan’s General Synod held 13-14 May 2021 as moderator of the united church.

“I’m humbled by the confidence shown in me by the synod members and I look forward to working closely with them to address the challenges facing the Church of Pakistan and the community at large,” he said in his acceptance speech, adding:

“The church has a key role in community building and ensuring the welfare and security of its followers. Pakistani Christians are facing extraordinary challenges and it is important that the church leadership engages with the government and other stakeholders to find concrete solutions to these problems.”

Ordained deacon in 1987 and priest in 1988, Dr. Marshall served as vicar of St Andrew’s Church in Lahore when he was appointed area bishop for the Persian Gulf to serve the Urdu-speaking congregations in the region. The Episcopal Church in Jerusalem and the Middle East appointed him provincial assistant bishop the same year.   In 2003 he was appointed vicar-general of the diocese of Iran and the sixth Bishop of Iran in 2007. In 2010 he was elected a member of the Anglican Consultative Council standing committee and has served as president of the National Council of Churches in Pakistan. In 2017 he was seated as Bishop of Raiwind — upon his taking office one of his first acts was to give each of his clergy a smart phone with Bible teaching resources loaded into its memory and an App to permit them to pray together.

A supporter of the GAFCON movement from its inception, Dr. Marshall helped organize the alternative GAFCON gathering in Dubai in 2018 for those members whose countries forbad travel to Israel.