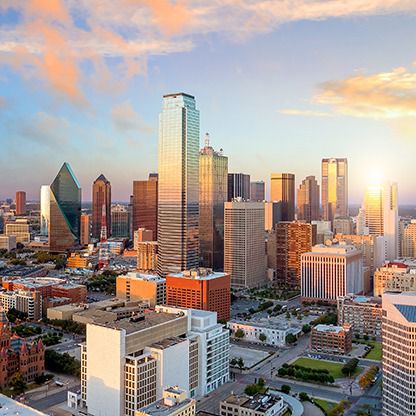 The Living Church published a potentially provocative news report last week suggesting that a newly-announced Anglican Church in North America (ACNA) Missionary District of Dallas is a challenge to the Episcopal Diocese of Dallas. The article quoted a surprised Dallas Bishop George Sumner and also noted that the ACNA Diocese of the Living Word (ADLW) is receiving clergy in New York’s Capital District, where the Episcopal Diocese of Albany is situated.

I both regularly read and share the content of The Living Church, which I value among several Anglican news sources. The storied newspaper provides independent reporting that is a welcome alternative to the Episcopal News Service.

That being said, the article leaves readers with the mistaken impression that ACNA is targeting an orthodox-led Episcopal diocese for recruitment.

First, that’s incorrect. At least four separate ACNA jurisdictions have congregations in Dallas, an ACNA presence there is not new. The missionary district will join four Dallas congregations from the neighboring Diocese of Fort Worth and a similar number from Churches for the Sake of Others (C4SO). This is an internal reorganization born out of a good working relationship between Christ Church Plano Dean Paul Donison and Fort Worth Bishop Ryan Reed. You can view the announcement from the Diocese of Fort Worth here.

Obviously, ACNA is missional and prays that a new Missionary District of Dallas is fruitful, but that’s not the same as “sheep stealing” from the Episcopal Diocese of Dallas. The Dallas Metroplex has many unreached people and new arrivals, there’s mutual goodwill and room to grow without stepping on toes.

That leads to my second point: ACNA growth is neither primarily targeting Episcopalians nor would that be a successful strategy.

The only way to take offense at ACNA missional activity in Dallas would be to incorrectly assume that only a fixed number of people are potentially interested in Anglican Christianity. That’s a mentality of decline, the same mentality that discouraged evangelicals from planting churches within the Episcopal Diocese of Virginia, fearful that any growth they attracted would come at the expense of neighboring Episcopal parishes. Nearly 15 years after traditionalists separated from that diocese, a host of local ACNA church plants is thriving (including my own, planted in 2018). I assure Episcopalians that the vast majority of those who have joined ACNA congregations did not originate from neighboring Episcopal parishes. On the contrary, more arrivals are from Presbyterian, Baptist or nondenominational backgrounds, curious about liturgical worship and Anglican distinctives.

Check with any ACNA church planted in the past five years and ask where their growth originates: not from the Episcopal Church. I’d assess that perhaps 20 percent of my ACNA parish has a recent Episcopal Church background.

The Albany situation is different. Bishops William Love and Daniel Herzoghave joined ACNA and clergy are making inquiries with the Diocese of the Living Word. It’s not a recruitment effort, diocesan officials insist, but they aren’t turning people away, either. If anything, Love has stressed that he does not plan to pursue ministry in the Albany region. His first church service as an Assisting Bishop for ADLW was in Connecticut.

With the Albany exception, there have always been some ACNA congregations within geographic boundaries of Communion Partner dioceses (Communion Partners is an informal grouping of orthodox rectors and bishops ministering within the Episcopal Church).

There is a difference between having a presence ministering in the same geographic area and intentional attempts to poach people.

Twelve years of ACNA ministry have clearly documented that a group of disaffected Episcopalians does not a viable church plant make.

Former Episcopalians can serve as the nucleus of a new congregation, but they in themselves won’t be an effective growth strategy. In most areas, the Episcopal Church isn’t as large as it once was. It doesn’t make sense to situate a church on a declining demographic. This is one reason that the 1970s-era Continuing Church movement flopped.

Worth noting is that churches rooted in bitterness to a former context usually don’t gain traction. An embrace of something positive is a prerequisite: a new freedom to share the Gospel with an outward-facing vision, a structure that better facilitates church planting, or a discovery of historical treasures to deepen the growing faith and discipleship of those arriving from other traditions.

Lastly, there is goodwill and continued contact between orthodox Episcopalians and ACNA Anglicans. I have served for the past six years on the board of Anglican Frontier Missions (a group founded by Episcopal clergy to minister among unreached peoples) alongside clergy and laity ministering within the Episcopal Church. They’re Gospel-focused people, and we want one another’s ministries to succeed.

ACNA’s vision is larger – and from its inception has been more – than vacuuming up disaffected Episcopalians. Our goal is to, as Archbishop Bob Duncan articulated, “keep the main thing the main thing” in spreading the Gospel of Jesus Christ.