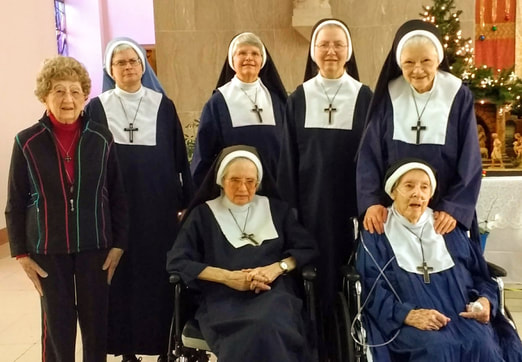 On Monday, April12, 2021, the American Sisters of the Community of St. Mary, Eastern Province, in consultation with their African Sisters, voted to leave the Episcopal Church (TEC), entering the Diocese of the Living Word in the Anglican Church in North America (ACNA) under the authority of the Rt. Rev’d Julian Dobbs, Bishop.

The canons of the Episcopal Church (Title III, Canon 14) stipulate that recognized Episcopal Religious Orders are neither parishes nor an adjunct of any particular Diocese and/or General Convention, but are connected to the larger Church through the oversight of a Bishop Visitor. The recent trial, forced resignation as Diocesan bishop and retirement of their Episcopal Visitor, the Rt. Rev’d William Love, did not affect the Sisters directly — he was able to continue to serve as their liaison with the Episcopal Church as a retired bishop.  But Bishop Love’s withdrawal from TEC and later reception as a Bishop in ACNA left the Eastern Province Sisters without a Visitor connecting them with TEC or any Anglican body. And though the canons permit the free election of a Bishop Visitor by an Order, if that chosen Visitor is not the Bishop of the Diocese where the Order’s motherhouse is located, then the selection must be approved by the Diocesan. It may be eighteen months or more before the vacancy in Albany can be filled.

Bishop Love’s recent trial put into sharp focus the reality of what happens when General Convention preempts a Bishop exercising his authority within his own diocese to uphold diocesan canons based on biblical principles and time-tested traditions of the Church. In leaving TEC and realigning with ACNA, the Sisters of the Eastern Province embrace a body whose values more closely align with their own, allowing their witness as Religious vowed under the Evangelical Counsels of poverty, chastity and obedience to continue to enrich the Church within the Anglican tradition.

The Community’s letter to Presiding Bishop Michael Curry stating their intention to leave the Episcopal Church for the Anglican Church in North America is attached. It must be noted that there are three autonomous Provinces in the Community of St. Mary, sharing a common founding history but having separate governance. The decision to leave TEC has only been made by the Eastern Province. The Western and Southern Provinces remain part of the Episcopal Church.

The Sisters have always seen their role as ecumenical. Their extended family of Associates include Catholic and Orthodox clergy as well as Anglicans from jurisdictions from around the world. That ecumenism now embraces fully all who serve Christ from within the rich tradition of Anglicanism. The Sisters look forward to continuing in love and labor with those who remain within the Episcopal Church — all serving the Lord Jesus Christ – and especially with their brothers and sisters in the Episcopal Diocese of Albany. They also look forward to laboring in the vineyard with the faithful who have found a home in ACNA.

At Bishop Dobbs recommendation, the Sisters have accepted the Rt. Rev’d William Love, Assisting Bishop in the Diocese of the Living Word, as their Visitor.

The Community of St. Mary is the oldest Religious Order founded in America in the Anglican tradition. Founded in New York City in 1865, the Sisters of St. Mary sought to live a full monastic life while ministering to poor and elite alike.

The Community is best remembered for Sisters Constance, Thecla and others who gave their lives in Memphis, nursing and praying with those left behind during the Yellow Fever epidemic in 1878. These Martyrs of Memphis, along with the Community’s Foundress, Harriet Starr Cannon, are remembered in the Episcopal Church’s Lesser Feasts and Fasts.

The Sisters developed what they called a “mixed life” of semi-enclosed prayer complementing active social service. In the early part of the twentieth century they partnered with Canon Winifred Douglas in translating the Divine Office and plainchant from Latin into English, producing the Monastic Diurnal (1932) and Diurnal Noted (1952) among other works, and later retranslating these into modern English in the Monastic Diurnal Revised (1986) and the Diurnal Noted Revised (2015). The focusing of their prayer life on the Benedictine Opus Dei cemented their spiritual ethos as Benedictine monastics.

In the 1970s the Sisters discerned that the next great need of their world would be less for corporate works of mercy than for spiritual works of mercy, and they began closing or withdrawing from their academic, institutional, and hospital work to take up retreat and conference work, spiritual direction, and writing. In their early history the Community had purchased a farm property in Peekskill, NY, to establish a Motherhouse for the training of novices, the care of elder Sisters and the equipping of charitable works which spread across the US and abroad. Known for almost a century as “the Peekskill Sisters”, the Eastern Province accepted the invitation to relocate in 2003 and to partner with the Diocese of Albany in establishing a camp and conference center near Greenwich, NY.

The Sisters of the Eastern Province today include a thriving daughter foundation in Malawi, Africa, which is growing rapidly in the Diocese of Northern Malawi. The American Sisters maintain a small farm through which they run programs for youth and have established a presence in the agricultural community in which they live. They are involved in healing ministry at Christ the King Spiritual Life Center, and offer quiet days, retreats, and conferences on various topics related to spiritual formation. They have an active Associates’ program for individuals seeking mutual support through prayer and alms, and a summer program for interns hoping to learn more about the monastic life. Mother Miriam writes regularly in the Covenant blog for the Living Church. For more information about the Community, see our website at www.stmaryseast.net.