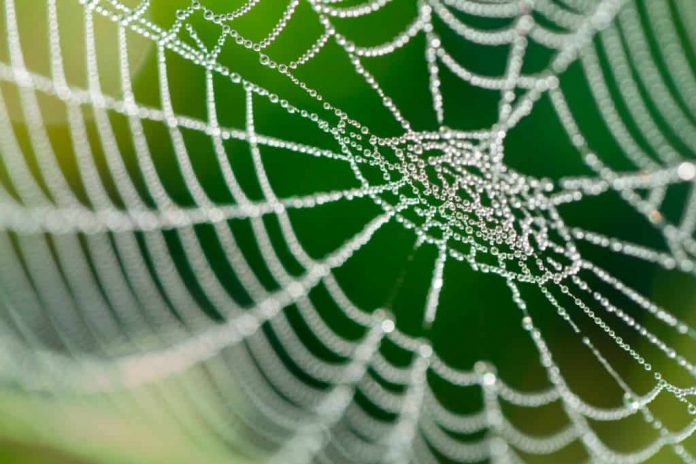 The fact that the serial church abuser, Rev Jonathan Fletcher, was a founding trustee of the Proclamation Trust, the influential UK training provider for preachers, is very significant for the lessons needing to be learned from his abuses.

The media coverage of Fletcher’s role in the PT has so far focused on the fact that he was its co-founder in the 1980s. But his being on the decision-making body of the PT for 14 years from 1986, when it was set up, gave him a power platform that simply being the Church of England clergyman who kickstarted its residential preaching conferences would have not given him.

Safeguarding charity Thirtyone:eight is due this month to publish its report into the Fletcher abuse scandal. The question now arising about this probe would seem to be this: will it have covered the ground it should have if it overlooks the power base amongst English-speaking conservative evangelicals, especially in the UK and Australia, which Fletcher’s role in the PT gave him? Emmanuel Wimbledon, the CofE proprietary chapel in south-west London where Fletcher was vicar from 1982 to 2012, commissioned this lessons learned review in December 2019.

His own track and trace system

Fletcher’s ongoing role in the PT enabled him to run his own version of a ‘track and trace’ system amongst English conservative evangelicals, especially in the CofE. The system worked roughly like this: a teenage boy from a top English boarding school comes to evangelical Christian faith in the 1970s through the Iwerne camps, which Fletcher attended as a leader from the 1960s until 2017.

This former ‘public school’ boy then goes to Oxford or Cambridge as a university student and continues going on the Iwerne camps in his vacations, first as a ‘senior camper’ (a sort of kitchen porter role) and then as a ‘junior officer’ (dormitory leader). The ubiquitous Fletcher cultivates this young man on the camps, visits him at Oxbridge, and eventually urges him to go forward for ordained ministry in the CofE.

In line with the Iwerne strategy of evangelistic focus on the supposed future leaders of the nation, the young man goes to one of the Oxbridge ‘evangelical’ theological colleges in the CofE, either Wycliffe Hall in Oxford or Ridley Hall in Cambridge. He gets involved in student work, targeting undergraduates from the top English private schools. He then gets ordained and starts his curacy. He tried to get a job at one of the conservative evangelical flagship churches in the south of England, but got pipped to the post by a contemporary perceived to be ‘more strategic’ and finds himself serving his title in a market town in the Midlands.

At which point (the 1980s), Fletcher, being based in south-west London, would have lost track of the man. But the PT residential expository preaching conferences specifically for ‘younger ministers’, which this curate attends, exposes him to Fletcher on a regular basis as his ministry get underway.

He also attends the PT’s annual Evangelical Ministry Assembly in London, which Fletcher helped launch in 1984. He gets to see his Iwerne friends and again runs into Fletcher.

Even if this young minister never becomes one of Fletcher’s victims, he is very much enmeshed in the sub-culture Fletcher was instrumental in creating. Without the PT’s residential conferences and spin-offs, that sub-culture would have had much less of a hold on a minister like this.

The power dynamic in the PT preaching conferences was, to a significant extent, created in Fletcher’s image.  At the preaching conferences, delegates would choose a ‘stream’ focusing on a particular Bible book. The group would be led by a minister perceived to have expertise on this particular part of the Bible. Members would be expected to expound a given passage. Each talk would then be critiqued by the other members of the group under the supervision of the leader.

It is not difficult to see how this power dynamic worked for a competitive bully like Fletcher. As a group leader and indeed in his own preachers’ group which met regularly in his Wimbledon parsonage, he had a licence to pick holes in other men’s efforts at the exposition of biblical passages and fire off his put-downs. Even when Fletcher offered an effort of his own, the power differential between him and the younger men in his group was clearly very wide.

For some of the young men attending PT conferences, starting their journey at its conferences for theological students, there was the chance to shine. Those gifted at exegeting biblical texts and expounding them would soon be spotted. There was the possibility of being recommended for a plum curacy at one of the large conservative evangelical churches in the CofE.  Then, as an incumbent, there was the possibility of being asked to lead a PT conference stream or even becoming a headline speaker at the EMA.

Given Fletcher’s power of patronage in conservative evangelical appointments and his high-level connections through the Nobody’s Friends dining club hosted by the Archbishop of Canterbury at Lambeth Palace, a young man wanting to get a big preaching platform would have felt he needed to be on the right side of Fletcher.

Fletcher’s prestige as a founding PT trustee was boosted by the fact that, as the EMA expanded, it attracted headline speakers from overseas. Conservative evangelical Anglicans from Sydney Diocese in Australia, such as Phillip Jensen, who became Dean of St Andrew’s Cathedral in 2003, were among the big names.

For those not so gifted at biblical exposition, the PT residential conferences could be a nightmare. Though many of the senior evangelical ministers leading groups were kind, servant-hearted, and constructive, the conferences undoubtedly provided a platform for bullies.

However, what has Fletcher’s individual role in the PT got to do with Emmanuel Church, which first received reports of his abuses in early 2017 and made a safeguarding report? This went to Southwark Diocese in south London and led to Fletcher having his Permission to Officiate removed. Fletcher, 78, was then living in retirement in the part of London covered by Southwark.

The link between Emmanuel and the PT is through the Cornhill training course in London. The PT set up the Cornhill course in 1991 for people considering full-time Bible teaching ministry. Cornhill students were attached to local churches serving as ministry ‘apprentices’ whilst doing the course. Emmanuel had Cornhill students and some resided with Fletcher at his parsonage.

Rev Robin Weekes, Fletcher’s curate at Emmanuel who succeeded him as vicar in 2013, taught on the Cornhill course for three years. He is a current trustee  of the PT.

Unfortunately, Fletcher’s ongoing role in the PT allowed him to wield a power over English-speaking conservative evangelicals that he would not have had otherwise.  Beyond the clear link between Emmanuel and Cornhill, will the Thirtyone:eight report have properly served Fletcher’s victims if it does not probe more widely into how he was able to exploit the sincere evangelical convictions of younger men attending PT events?

Julian Mann is an evangelical journalist based in the UK.