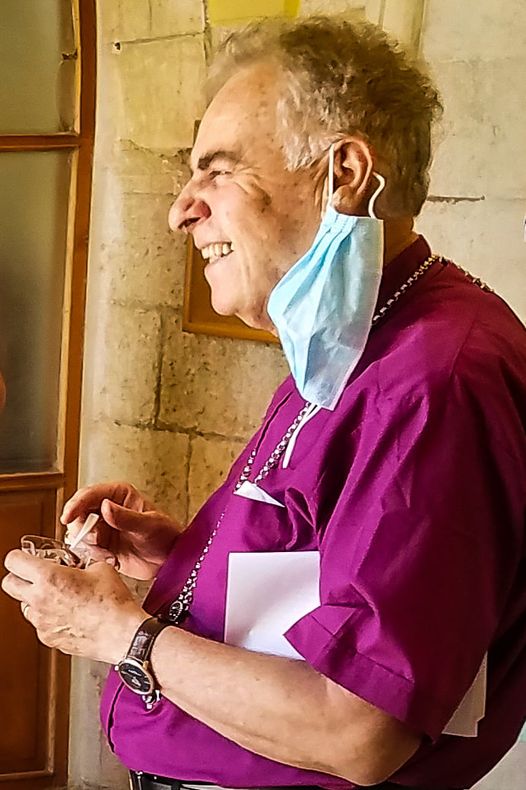 This afternoon, (14 December 2020) Archbishop Suheil Dawani celebrated with Bishop Hosam Naoum and the entire Diocesan Staff after receiving the good news that the Diocese of Jerusalem had received a favorable judgment in a six-year legal dispute over the ownership of a valuable property in Jaffa, worth an estimated 15 million USD.

Archbishop Suheil and the Diocesan legal team had labored nearly every day during this lengthy judicial process, battling ownership claims by others that the Israeli courts have ultimately ruled as being both unfounded and illegitimate.

Archbishop Suheil would like to express his special thanks to Mr. Amin Abu Hanna, Diocesan Property Manager, and to our excellent lawyers and their supporting staff for all their hard work on this case during these past six years.

He would also like to express his gratitude to our international partners, the Jerusalem and the Middle East Church Association (JMECA) and the Church Missionary Society (CMS)—the actual holders of the property title—for all their support of the DoJ’s legal team.

But most of all, the Archbishop would like to offer his thanks to God for this vindication of Diocesan ownership of this valuable property, which can now be put to use in the service of our Christian mission and ministry here in the Diocese of Jerusalem.