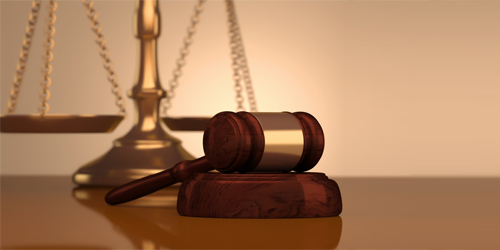 A federal appellate court has struck down local ordinances banning “conversion therapy” holding such laws violate the free speech guarantees of the US constitution.

A three-judge panel of the 11th U.S. Circuit Court of Appeals, in a 2-1 decision, on 20 November 2020 overturned a lower court ruling that upheld a ban by the city of Boca Raton, Florida on counsellors offering treatment or counseling that is designed to change the sexual orientation or gender identity of minors.

In her 27-page decision, Judge Britt Grant wrote: “This decision allows speech that many find concerning — even dangerous.”

“But consider the alternative. If the speech restrictions in these ordinances can stand, then so can their inverse. Local communities could prevent therapists from validating a client’s same-sex attractions if the city council deemed that message harmful. And the same goes for gender transition — counseling supporting a client’s gender identification could be banned. It comes down to this: If the plaintiffs’ perspective is not allowed here, then the defendants’ perspective can be banned elsewhere. People have intense moral, religious, and spiritual views about these matters — on all sides. And that is exactly why the First Amendment does not allow communities to determine how their neighbors may be counseled about matters of sexual orientation or gender.”

In a 20-page dissent, Judge Beverly Martin ruled the state had a “compelling government interest in protecting minors from a harmful medical practice.”

“The majority is correct to say this case implicates sensitive considerations about when and how government bodies may regulate speech. Instances in which a speech restriction is narrowly tailored to serve a compelling interest are deservedly rare. But they do exist,” wrote Judge Martin.

“I believe the localities’ narrow regulation of a harmful medical practice affecting vulnerable minors falls within the narrow band of permissibility,” she argued.

Judges Grant and Lagoa were appointed to the bench by President Donald Trump, Judge Martin by President Obama.

In her opinion, Judge Grant further held the Boca Raton ordinance permitted therapists to counsel those undergoing gender transition but did not include a “carveout” for sexual orientation.

“The ordinances thus codify a particular viewpoint — sexual orientation is immutable, but gender is not — and prohibit the therapists from advancing any other perspective when counseling clients,” Judge Grant wrote.

“That viewpoint may be widely shared in the communities that passed the ordinances, but widespread agreement is beside the point; the question is whether a speaker’s viewpoint determines his license to speak. Here, the answer is yes.”

The majority opinion overturned a district court ruling and ordered that preliminary injunctions be entered against ordinances forbidding conversion therapy.

Gay activists have vowed to appeal the ruling.