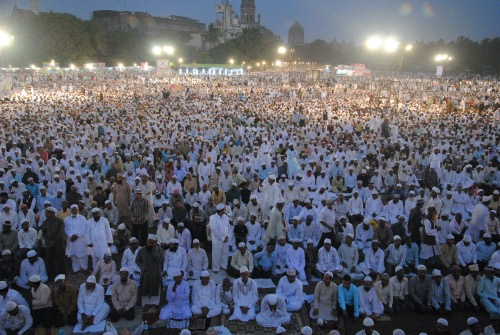 Lahore – “It is a scandalous and alarming practice, which must be nipped in the bud: there are some people who are exploiting the lockdown due to Covid-19, and the desperation created by so many poor people, to induce a religious conversion to Islam, an act of blackmail: if you want food, you must become a Muslim, they say”: this is what Professor Anjum James Paul, a Pakistani Catholic, president of the “Pakistan Minorities Teachers’ Association” denounced in an interview with Agenzia Fides.

“We ask all Muslim religious – notes Paul – to avoid this shameful form of violence and proselytism, for which religious conversion is requested in exchange for food, which can work with the marginalized and poorest of the poor. We appreciate all those who serve humanity without such ulterior motives. In this period of common suffering it is everybody’s task to love, respect and serve humanity without discrimination or other reasons. Let us recall that many non-Islamic countries are helping Pakistan today”.

In Pakistan, a video went viral in which an Islamic religious expressed joy at the conversion to Islam of some non-Muslims who had asked for food aid due to the economic impact of the coronavirus emergency. The religious openly urges all Muslims committed to distributing food aid to ask beneficiaries to embrace Islam, adding that “we should not help non-Muslims”. The appeal sparked outrage and outcry among the community of religious minorities, especially among Christians and Hindus.

Moreover, Pakistani lawyer Sulema Jahangir in a recent article in the newspaper “Dawn” talks about the well-known practice of “forced conversions” of Hindu and Christian girls to Islam, through forced marriages with Muslim men. And he says: “The vulnerability of girls belonging to religious minorities has further increased with the outbreak of the global Covid-19 pandemic. There are recent cases of refusal of food and emergency aid to people of the Hindu and Christian communities. Covid-19 could offer an excuse to resort to the religious conversion of young women as a means of saving their life or their family in times of crisis. Once converted, a woman cannot go back, since apostasy implies death sentence”.

The “Commission for Minority Rights” and the NGO “Center of Social Justice” collected data on 156 confirmed cases of forced conversions between 2013 and 2019, which largely concerned girls under the age of 12. For this reason, the lawyer urges Pakistan to “protect non-Muslim women and girls from exploitation by powerful groups and criminal elements”. “When Muslim fundamentalists celebrate conversion and marriage as a victory of the Muslim faith over other communities, a culture of intolerance and fanaticism is promoted and Pakistan becomes a burning hell”, he concludes.