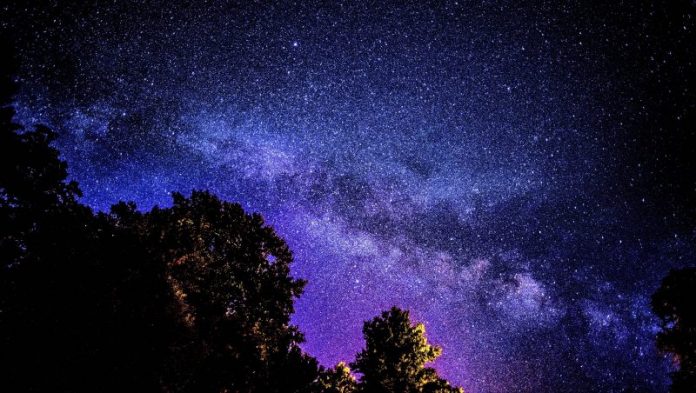 Approaching the full circle of Herbert’s diamond as we turn it in the light, his “inspired litany, this zodiac of marvels,” we meet images of “near hallucinogenic intensity.” But the author isn’t simply handing around mystical cannabis when he describes prayer under the ravishing metaphors of “the Milky Way, the bird of Paradise.” Those are ecstatic images – but Christian ecstasy is never a flight from reality, rather the opposite. Like the shimmering and radiant effect of bright sunlight on water, Christian ecstasy arises out of our being “in Christ” who is the Lord of all reality. Movement into Christ is movement into reality.

Christ indwells his people, who indwell him by the Holy Spirit. It is a relationship which places us in vital connection with the One who even at this moment is speaking all creation into being and holding it in life (Hebrews 1:1-4; Colossians 1:15-20). We are thereby mysteriously but truly related to “All things,” they are our rightful sphere by virtue of our union with Christ their Lord. An incredible statement of our status in Christ runs:

All things are yours, whether Paul or Apollos or Cephas or the world or life or death or the present or the future – all are yours, and you are of Christ, and Christ is of God. (1 Corinthians 3:21-23)

One thing is made crystal clear b those words: no longer can we conceive of “in Christ and Christ in me” as a purely internalized, privatized affair concerned mainly, if not exclusively, with our own inner world. If Christ the Lord of “All things” dwells in you and you in him, then you have dealings and connections with everything else. Therefore no sooner has George Herbert satisfied us concerning the nearness of Christ, and prayer as the language of personal intimacy with him (“Heaven in ordinary…”) than he sends us rocketing out to the boundaries of our estate, “All things … the world…” Except he suggests those farthest limits not by equations or formulae, but in two utterly beautiful things located way out there in the distance.

Prayer as reaching up into the immensities of space is symbolized by the lovely, hazy, stream of rich star-fields flowing through Cassiopeia and across Orion, which we call the Milky Way. And to indicate the boundaries where knowledge emerges from mystery and discovery takes over from hiddenness, Herbert evokes a creature of mythic elusiveness and beauty – for a seventeenth-century Englishman located on Salisbury Plain – from the jungles of the strange and fascinating East: the bird of Paradise….

It seems therefore that prayer as a star galaxy and as an exotic bird is a beguiling way of claiming “All things … the world …” as the domain of prayer and worship. It is saying that everything that exists should be raised up to God in thanksgiving for his glory….

A friend once told me that when he gave thanks for his food in a restaurant he extended his silent prayer to include everyone in the place: as their brother, and on their behalf, just in case God should go unthanked for his gift! He had hit upon a profound aspect, perhaps the central one, of a Christian’s function within a largely unbelieving society….

We are suggesting that prayer as “the Milky Way, the bird of Paradise” will open up our interests and prayers to take in all life. This is the wisdom and subversive power of “diaspora” life. Christians are scattered all over society, yet placed there by God for his purposes: cells at prayer and worship, claiming the neighborhood for God’s transfiguring blessing.

You have long discovered how compressed and concentrated Herbert’s apparently simple images are. It is necessary to “move in” with his metaphors before they yield their content. So I ask: why these two unusual things, the galaxy of stars and the exotic bird? Did Herbert smile to himself when he saw them side by side on the paper in front of him? I hope so, for they make me smile every time I read them. And I am sure they make children smile. “The Milky Way – what luck! To think that someone had the good sense to name the 100,000 million stars of our galaxy after a chocolate bar! And who thought to call that magical bird after “Paradise” (meanings within meanings, within meanings)?

What has Herbert hidden for us within the two images? Both are stunning in their exotic and elusive beauty. They suggest prayer as a looking to the God of indescribable and holy loveliness, the fount of all joy and love and delight.

Reading Lennon’s comments on the Milky Way reminded me of one other witness who brought me to Christ. For two years, I attended an odd little junior college located in the high desert of eastern California. The college was enclosed on all sides by the White and Inyo Mountains, and at night we would take long walks down the only paved road there and look up at the Milky Way. Seen from 5,000 feet up, far from the smog of LA, the stars came down and kissed the crest of the mountains. I was not a Christian at the time, but I was not without questions and God was not without witness: “The heavens are telling the glory of God…”

And a second thought half a century back came to me. When I was in seminary, this time in Berkeley, California, I went to a healing conference where Agnes Sanford spoke. She was one of the great prayer warriors in the church, and I remember her saying that she prayed every day for the San Andreas fault. Well, Agnes Sanford has gone to be with the Lord, but the San Andreas fault has not yet slipped. Perhaps someone took up her calling, or perhaps she is still praying.