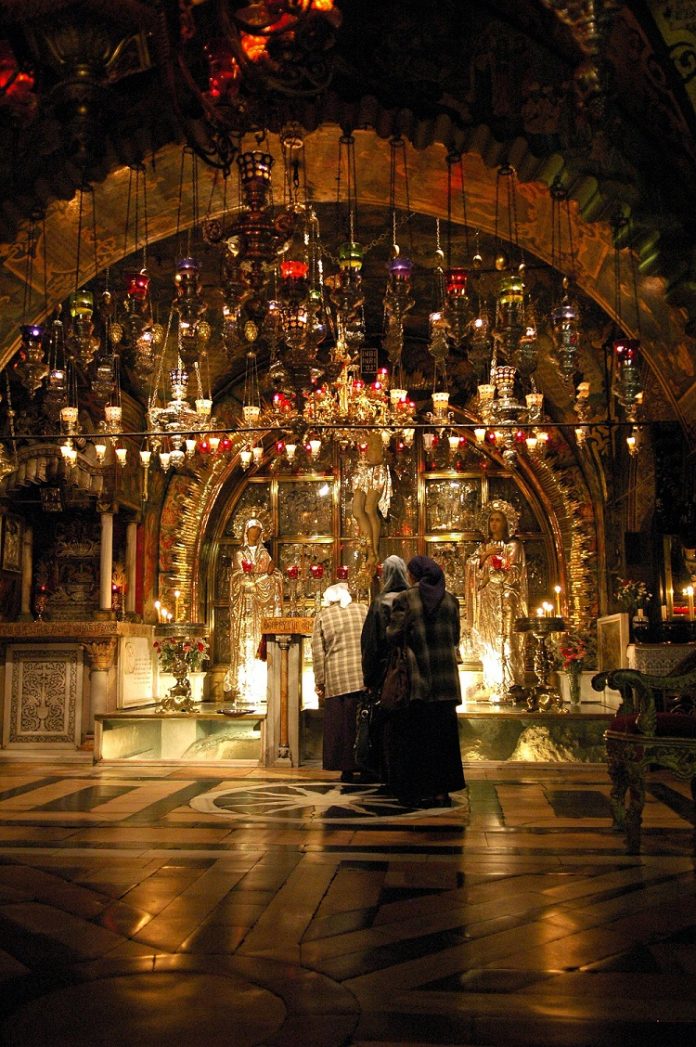 Jerusalem (Agenzia Fides) – As part of the measures taken to combat the infection of the coronavirus epidemic, the Israeli authorities also ordered the closure of the Basilica of the Holy Sepulcher in Jerusalem on Wednesday 25 March. The decision to close the Christian place of worship was communicated during a meeting between representatives of the Israeli police force and representatives of the Churches who share the management of the Holy Sepulcher. During the closure, the communities that traditionally reside inside the Basilica will continue to celebrate the liturgies that mark the day in the place of worship, and will ensure that “prayers inside the basilica” continue “with greater intensity”. This is a time to under take “a prayer for the sick, for health workers forced to exhausting shifts, for those who assist the elderly and vulnerable, for priests and for all those who offer their lives to help others”.

This is what was said in a statement released on Thursday 26 March by the Custos of the Holy Land, Father Francesco Patton, and the two Patriarchs of Jerusalem, Greek Orthodox Theofilos III and Armenian apostolic Nourhan Manougian, who are at the head of the three ecclesial groups responsible for the shared management of the Holy Sepulcher, according to the codified rules of the so-called “Status Quo”. The same press release highlights that the celebrations “will continue regularly”, even if the number of participants authorized to enter the basilica only during the liturgies, “will be limited to a few people”, in order to avoid the risk of spreading the infection.
In Israel there are more than two thousand infected and some deaths due to the coronavirus, while thousands are put in solitary confinement.

Last March 21, in a previous joint communiqué, the same heads of ecclesial realities who share the management of the Holy Sepulcher, confirmed their intention to guard the treasure of the uninterrupted flow of prayers that rise to the sky from the Basilica, “also in these sad times when pilgrims cannot reach Jerusalem and the local faithful are forced to stay in their homes”.