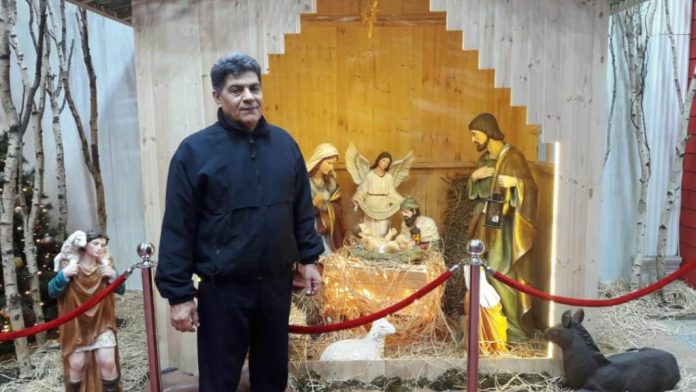 Christian convert Ismaeil Maghrebinejad has been sentenced to an additional two years in prison.

The 65-year-old was sentenced in January to three years in prison for “insulting Islamic sacred beliefs”.

Now, following a court hearing on 27 February, he has been sentenced to an additional two years in prison for “membership of a group hostile to the regime”, under Article 499 of the Islamic Penal Code, which provides for three months to five years’ imprisonment.

Article18’s advocacy director, Mansour Borji, said that given that Ismaeil is a member of the Anglican Church, this shows that “such blanket labelling is inaccurately applied to any Christian arrested for their religious activities, as the revolutionary courts try to justify their violations of religious freedom”.

The judge added that his ruling was based on a report by the intelligence branch of Iran’s military, though no details were given of what this evidence entailed.

Mr Borji noted that it was “odd and somewhat rare” that the military were involved in a case relating to a civilian with no links to the military.

Ismaeil has 20 days to appeal.

Ismaeil initially faced four charges following his arrest in January 2019: “propaganda against the the Islamic Republic” and “apostasy”, as well as the two charges mentioned above.

If found guilty of apostasy, Ismaeil could have faced the death sentence, though this is rarely given to Christians in Iran and the charge was dropped in November.

At that same November court hearing, the judge ruled that the case against him regarding “propaganda against the Islamic Republic” was “applicable”, because he had created a Telegram channel in which he had “promoted evangelical Christianity”.

Ismaeil’s next hearing, on 8 January, focused solely on the charge of “insulting Islamic sacred beliefs in the cyberspace”, for which Ismaeil was found guilty because he had forwarded a message that had been sent to his phone, which poked fun at the ruling Iranian clerics.

Mr Borji said at the time that the sentence was a “disproportionate reaction to something so ordinary”.

“The other charges that Ismaeil is facing, as well as the now-quashed charge of apostasy, related to his conversion to Christianity. This may reveal the real reason why he’s been charged for something that most ordinary Iranians do on a daily basis,” he said.

Ismaeil’s defence team pointed out that he was not even the originator of the joke.

Ismaeil converted to Christianity nearly 40 years ago and has since been regularly harassed by Iran’s security forces, despite Iran’s own constitution and the International Covenant on Civil and Political Rights, which Iran ratified in 1975, both guaranteeing freedom of religion, including the right to hold a religion of one’s choosing and to propagate that religion.

Ismaeil’s daughter, Mahsa, told Article18 last year she believed her father was being harassed in part because she and her husband, Nathan, who now live in America, continue to pastor Christians in Iran through the Internet.

Article18’s latest annual report highlighted the harassment faced by Mahsa’s father and also Nathan’s parents, who received several visits from intelligence agents in 2019, with the agenda of putting pressure on them and damaging their reputation in the community.