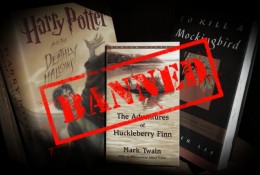 It’s been an astonishing year. Some things have moved very fast. Two things in particular have stuck out. One is the dreadful level of plastic pollution in our oceans, and throughout our whole ecological system.

Of all the crises I would like to do something about, dealing with plastic pollution is at the top of my list. And it can be done, and although we are doing too little too late, new forms of biodegradable plastic are emerging already, and not a moment too soon.

This recategorizing gives the game away about what ‘wokeness’ is really all about. It is imposing a new cultural and political ideology. What had these four people done in 2019 to be publicly shamed and redefined in this way?

Kanye West urged his fans to vote for Trump. The Left were so furious they stripped him of his skin colour over–night. He may have been of African origin, but he was no longer ‘black’, because ‘woke-black’ has changed its meaning. It’s now about a commitment to taking power away from the majority and transferring it to the minority; not just for the sake of fairness, but because black has become good and white has become bad.

Douglas Murray may be attracted to men rather than women, but he was no longer ‘gay’. Because ‘gay’ now means buying into the belief that homosexuality is still a persecuted minority, whereas Douglas believes the battle for gay rights has been long won. And Douglas has rumbled the plot of Cultural Marxism to overturn our culture and written about it so compellingly in the Madness of Crows. So he may not be straight, but he’s certainly not (woke-)gay.

Germaine Greer has fought for women’s rights the whole of her life. She is unconvinced that a change in the mental furniture of a man born biologically male, with XY chromosomes, and no womb, aided by estrogen instead of testosterone and surgery to mimic feminine genitals, makes him a woman. So Germaine Greer has been banned from speaking at universities and is declared not to be a ‘feminist.’

Even JK Rowling, who does woke better than most, objected to a woman being sacked for holding the views that your biology was more determinative of your gender than your imagination. She was immediately ‘phobed’ too. She publicly vilified as a transphobe by the twitter mob. Many of them claimed then could never read Harry Potter again, and feel safe.

Phobed, is the new excommunication. The PC mob is the new Inquisition.

Phobic is one of the  most powerful words in our vocabulary or public lexicon. It acts as a stranglehold on our thoughts and how or whether we can express them. As you might expect, this word which has become a secret policeman enforcing censorship, doesn’t actually mean what it says. It’s just a weapon to close down discussion and discovery.

Originally it meant just ‘fear’. But it became attached to conditions where people experienced an irrational anxiety that was out of proportion to the reality of the situation they were in; a fear of spiders or open spaces for example. It was used in the context of mental distress or mental illness. The skilful trick from progressive culture has been to attach it to anything with a presumed victim status, in a way that suggests you are mentally unwell if you are at all uneasy or uncomfortable with what you see.

And yet you might well feel uncomfortable that our Gender Identity Development Services have seen a rise of over 100% in referrals without having any idea why. But this doesn’t make you transphobic.  You might feel anxious about Islamic suicide bombers targeting children at pop concerts; that doesn’t make you Islamophobic. You might feel concern that people lose their jobs for failing to back to the ever-more ambitious LGBT agenda, imposed  by the woke who have infiltrated the institutions from the Police to the media; but that doesn’t make you homophobic.

If I was able to start a campaign for 2020, it would be to take a stand against the word phobic, in the name of free speech and free thought. Its members would commit themselves to challenge every use of the word phobic and refuse to engage with the conversation, until it the sentence had  been translated into vocabulary that removed the stigma and insinuation of mental illness, the implication of hate, and the threat of the modern inquisition.

Let’s become as impatient with the pollution of our language as we are of our oceans. Just say ‘no’ to words that have been polluted by the suffix ‘phobic’, and make our public discourse a safe space for free communication for 2020 and beyond.