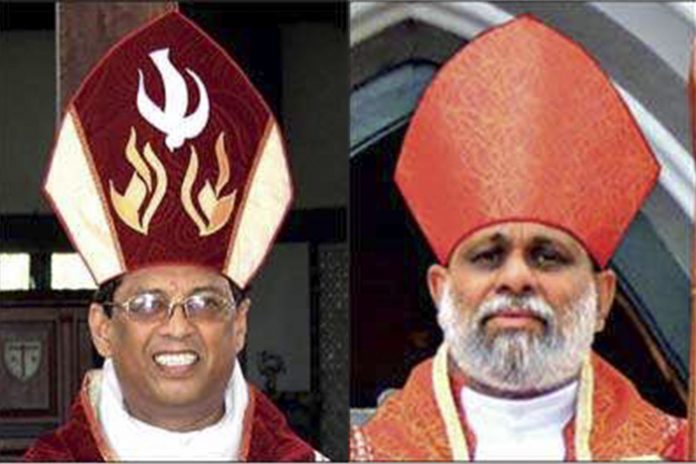 The Bishops of the Church of Ceylon have called an island wide consultation asking Anglicans their view on forming a third diocese in Sri Lanka, thereby allowing the church to become the newest province of the Anglican Communion.

Shortly before Christmas, the Bishop of Colombo, the Rt. Rev. Dhiloraj Canagasabey, and the Bishop of Kurunegala, the Rt. Rev. Keerthisiri Fernando wrote to their dioceses asking Anglicans to send their comments on dividing the dioceses to the Church of Ceylon Secretary Arun Gamlath. Meetings have been scheduled beginning 5 January 2020 in Colombo, Galle and Anuradhapura to allow parishioners to ask questions about the plan.

At present the Diocese of Colombo with a membership of approximately 40,000 has four archdeaconries: Colombo, Galle, Jaffna and Upcountry and the East. The Diocese of Kurunegala has 10,000 and one archdeaconry.  The church has declined in numbers since independence in 1948 when it counted 100,000 members — losing members to emigration and new Christian groups.

At the 6 Feb 2016 General Assembly of the Church of Ceylon, the synod adopted a resolution asking the Anglican Consultative Council to grant the Sri Lankan church autonomy.

ACC-16 in Lusaka approved Resolution 16:32  “The Church of Ceylon” noting the “aspiration” of the Church of Ceylon to “regulate its own affairs and govern itself independent of the metropolitical authority of the Archbishop of Canterbury”, welcomed the formation of a Commission in Sri Lanka to explore the autonomy and “affirms its support for the Church of Ceylon as it makes this journey.”