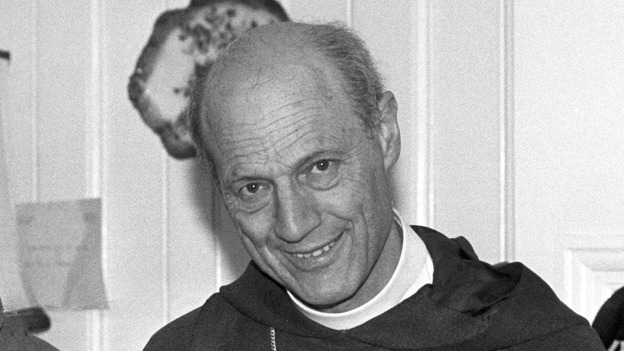 The days after Christmas are treated by most clergy as an opportunity to relax a little.  Although I have not been caught up in the endless round of services like the active clergy, I did try and get ahead of myself by writing a couple of articles for the blog in good time so that I could try and forget it over the festival time.  But the circumstances have changed things.  Two events have happened over the holiday period that have thrust clerical abuse back into our attention in a forceful way.

The first event was the publication of David Greenwood’s chronicle of the Peter Ball affair in a privately published book, Basically Innocent.  This appeared a day or two before Christmas.  It contains a factual and yet horrifying account of Ball’s abuses and the subsequent establishment cover-up of his behaviour.   Then on the 27th/28th came the extensive further Telegraph coverage of the Jonathan Fletcher affair.  The newspaper and the journalist Gabriella Swerling have evidently been working hard on the story since they published their first exposé about Fletcher back in June.  What they have produced is fascinating, not merely for the details of alleged abuses, but for the way that the paper has made many connections between individuals and institutions.

The stories about Ball and Fletcher have proved to be as much about institutional behaviour and misbehaviour as that of individuals.  Each man offended in the context of having a senior institutional role.  In neither case did the institutions involved seems capable of checking the behaviour of their senior representatives.  Nor did they show much remorse after the nefarious deeds had been exposed. These institutional failures will probably be what is remembered by history.   Individuals have been seriously harmed, not only by the actions of evil men, but by the subsequent failure of institutions that should have protected them and helped them to heal.

Returning to David Greenwood’s chronicle, I found it quite difficult reading the accounts of naked showers and sexual activity interspersed with spiritual ritual.  But the exact details of Ball’s criminal offending are possibly the least important part of the narrative.  What the reader may find even tougher to take on board are the deceitful tricks used by Ball’s allies to harass and undermine those who accused him of wrongdoing.  The then Bishop of Chichester, Dr Eric Kemp, oversaw a policy of non-cooperation and obstruction of the police in their legitimate enquiries.  Questions of truth and falsehood and good and bad seemed not to play any part in his calculations.  All that seemed to matter was a determination to protect ‘one of us’, Peter Ball, together with the good name of the institution that he had done so much to dishonour.  Obstructing the pursuit of justice by a considerable number of distinguished Ball supporters is a key part of the Greenwood account.

Basically Innocent still has the power to shock even though most of the information contained in it is already in the public domain.  The recent Telegraph story on Jonathan Fletcher, however, contains fresh information.  The newspaper has succeeded in talking to five victims of Fletcher and these have painted a consistent pattern of spiritually exploitative manipulative behaviour that seemed designed merely to satisfy the narcissistic and sexual needs of the abuser.  But, once again the story is remarkable, not just for these actions but for the way that countless other people have been involved as bystanders or protectors.  Back in October I wrote a blog piece http://survivingchurch.org/2019/10/03/the-jonathan-fletcher-story-continues/ on Fletcher commenting on the fact that no fresh news since the Telegraph stories of June had emerged into the public domain on the scandal.  That said to me that large numbers of people in the Iwerne/ReNew/Church Society group had been ordered to keep quiet on the topic.  Since that time the silence has begun to crack open and Fletcher’s old church, Emmanuel South Wimbledon, has agreed to commission a Review under the supervision of Justin Humphries and his independent organisation Thirtyone:eight.  That has now begun and there has been a call for victims to come forward to tell what they know.

There are a number of parallels between the Fletcher scandal and the Ball affair.  The Telegraph story suggested a possible link through membership of the same exclusive dining club, Nobody’s Friends.  While Fletcher was undoubtably a member, I do not believe anyone has claimed the same for Ball.  What is true is that powerful well-connected people linked to the two men have used their social power to defend and attempt to vindicate them.  The 2000 letters sent to Lambeth Palace in support of Ball were in some cases written by people who believed genuinely in his innocence.  Other individuals probably suspected that something was awry in his behaviour but in their minds the good name of the Church took precedence over the questions of right and wrong.  In the Fletcher affair something rather more blatant was going on.  As far as I can determine, almost everybody in the ReNew/REFORM/Iwerne network knew Fletcher and this is particularly true of the leaders in that group.  The leaders cannot have been ignorant of Fletcher’s style of ministry and his reputation for spiritually abusive behaviour. If they were surprised at the revelations and the 2017 withdrawal of his Permission to Officiate, why has there been no protestation to this effect?   It was also extraordinary that an individual with a very high profile should suddenly almost disappear from any mention on the net.  Someone with the authority to do so must have spent hours searching for online references to Fletcher and removing them one by one.   That piece of work has now been rendered void by the Telegraph reporting.  The publicity machines at both Church House and wherever the centre of ReNew is to be found will be working very hard this week-end to try and undo the enormous damage to the reputation of the Church that has been incurred by the Telegraph stories.

I want to finish by briefly exploring a moral dilemma.  In Christian teaching an individual can commit a wrong action but there is always the possibility of receiving forgiveness after true repentance.   That is in essence what we understand from the New Testament.  A different situation arises to this when we encounter a bystander knowing about and to some extent covering up someone else’s evil activity.  When I know about the harmful behaviour of another person, how can I put things right?   The simple appeal to repentance does not seem to work.  I cannot repent of some else’s behaviour.  How can I do anything to put right the evil being done by a member of my own church tribe?  To separate myself from that action completely, I would need to abandon all that connects me with the network.  That is a difficult if not impossible task.  Members of the ReNew network who knew that Fletcher’s behaviour was spiritually and psychologically harmful were to a greater or lesser extent colluding in evil.  The bystander is always a sharer of guilt, particularly if harm is in any way intensified because of the inactivity.  Looking at the stories of Fletcher and John Smyth before him, the entire ReNew network leadership group seems to have been caught up in a kind of corporate guilt.  It is hard to claim that any of them are completely free from Fletcher’s wrongdoing.  They knew something and they simply did little or nothing with what they knew to protect the vulnerable.  The typical motivation for this kind of behaviour seems to be one of idolisation of a charismatic leader and the protection and defence of their tribe against other types of Christian who are regarded as threats to their vision of the faith.   How will the leadership of ReNew deal with the institutional guilt that is now seen to be pervasive within their constituency? The world is watching the conservative network of ReNew to see how it deals with this appalling legacy.  At the same time, it is looking to the wider Church of England to act positively and decisively in this matter but also over the disastrous legacy of Peter Ball and of those who enabled and protected him over decades.