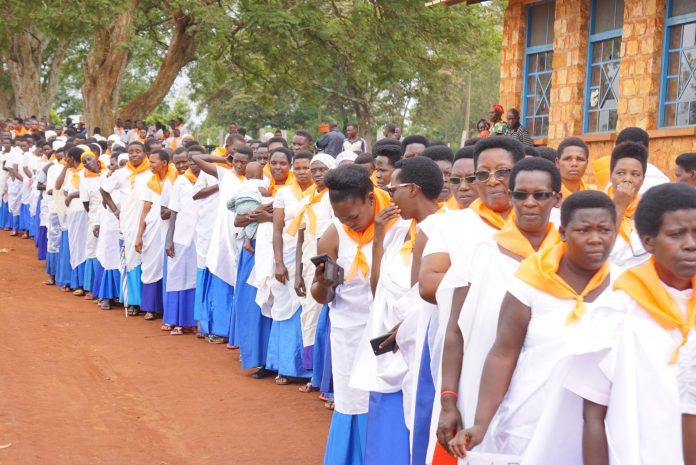 Several hundred men, women and young girls and boys mobilized on Saturday 30 November 2019 in the commune of Buhiga to demonstrate their commitment to the fight against violence against women and girls.

This event was organized by the Church of Burundi and saw the participation of the population from the public and private sector.

For the Bishop of Buhiga it was an opportunity to reflect on the damage caused by domestic violence and examine the environments where it takes, as well as the impact it has on the lives of victims. They gathered to unite efforts to combat these violence.

The Governor of the Province of Karuzi acknowledged the existence of gender-based violence in this province and called on everyone to contribute to its eradication.

The Archbishop of the Church of Burundi made an urgent call to the authors of violence to turn away from it and encouraged the victims to denounce the authors and to entrust themselves to the care centers.

This gathering was also an opportunity to call on the people not to give up their arms against the fight against AIDS and that all people play a part in its eradication.