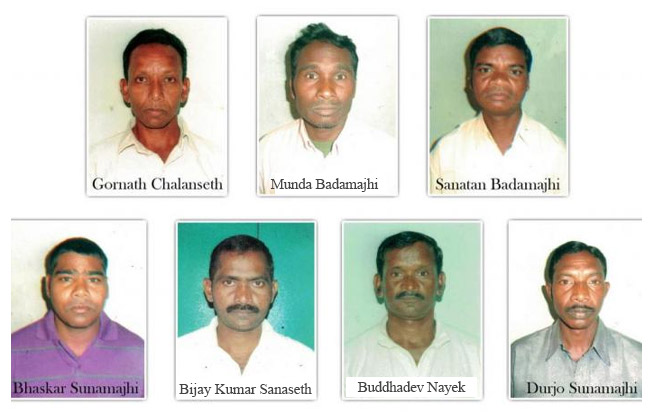 The seven were sentenced to life imprisonment in October 2013, after being convicted of gunning down Hindu religious leader Saraswati and four of his aides in Jaleshpata, Kandhamal district on 23 August 2008. A Maoist Naxalite group claimed responsibility for the attack almost immediately, but extremists blamed Christians instead and turned violently against them.

In the ensuing persecution, around 90 Christians were killed and thousands were injured. More than 56,000 were left homeless as houses were looted and burnt, while nearly 300 churches and many other Christian properties were destroyed.

Sajan K George, president of the Global Council of Indian Christians, thanked God for the release of all seven men, whose families were supported by Barnabas Fund during their imprisonment. He said, “The court sentenced them to life imprisonment on the basis of false accusations of a fabricated ‘theory of Christian conspiracy’ although there was no obvious evidence.”

Christian defence lawyer, Dibakar Parichha, also welcomed the court ruling. “Justice has finally been done for these innocent people,” he said. “I am happy that they will be able to get together with families and have a new life.”

Anto Akkara, a journalist who has campaigned for the men’s release, said the granting of bail was a first step towards their acquittal.

“I am thrilled that the Supreme Court has given freedom to these innocents. But this is not the end. It is only bail,” he said. “Now the focus must turn to the Odisha High Court at Cuttack as the appeals against their questionable conviction has been dragging on there for six years,” he added.

Akkara also called for an independent investigation into “who hatched this conspiracy” against the seven men and who was responsible for Saraswati’s killing.

Barnabas Fund provided long-term support for Christians caught up in the Orissa violence. From 2008 to 2017, we funded the construction of 1,515 houses, repaired 250 homes and repaired or reconstructed 17 churches. Barnabas also funded a rice seed bank for 547 families and helped at least 27 students studying nursing and midwifery.