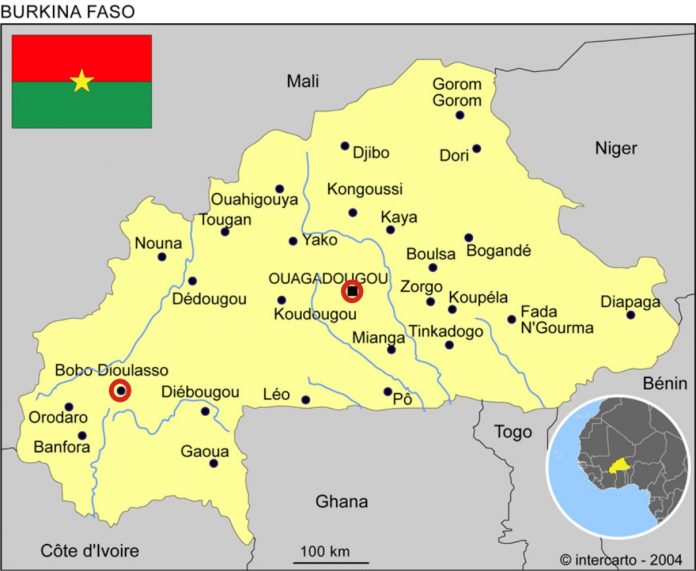 Five boys were among the 14 Christians, shot dead in an Islamist extremist attack on a church in Komondjari Province, south-east Burkina Faso, during Sunday morning worship on 1 December.

Fourteen members of the Ouoba family were murdered by the jihadists:

Several others were reported to have been left wounded in the devastating attack which has left only one male survivor in the church’s entire congregation.

Tambougou Adjima, leader of the church’s denomination in Fada N’gourma city, was in shock when he spoke to our contact on 2 December. Crying uncontrollably for ten minutes before he could speak, he related how the survivors had called him and described the attack, “Eighty members were gathered there [at the service] including 15 men, the rest were women and young children. Of the 15 men, 14 were killed in cold blood on the spot, when the attackers burst in shouting ‘Allahu Akbar’. Only one man among the 15 escaped this act of barbarism.”

The attack took place in Hantoukoura village, Foutouri district – a region near the border with Niger recently targeted by extremists when 39 mining employees were killed in an ambush on their convoy on 6 November.

The timing of the latest atrocity, during the hours of worship, mirrors several of the other attacks on Christians this year, in which at least 152 Christians have been killed. Thousands have been forced to flee their homes, with many taking refuge from the violence in Kaya city, Sanmatenga Province.

Armed Islamist militants began their murderous rampage of 2019 in the small northern town of Silgadji on Sunday 28 April. Twelve gunmen rounded up the pastor, his son and four other members of the congregation and shot them one-by-one behind the church building when they refused to deny Christ and convert to Islam.