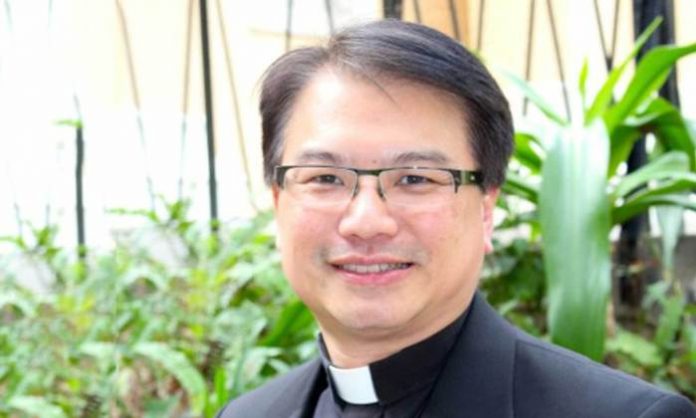 The Extraordinary Meeting for the Election of Bishop Co-adjutor, the Eleventh Diocesan Synod of Hong Kong Island was held on 21 November 2019 at St Stephen’s Church. The four candidates for the election are the Very Revd Matthias Der, the Very Revd Samson Fan, the Revd Canon Peter Koon, and the Revd Lysta Leung.

After two rounds of votings, Dean Der obtained two-thirds majority votes at both House of Clergy and House of Laity and was elected the Bishop-Coadjutor of the Diocese of Hong Kong Island. The testimonial signed by all members of the electoral college was then presented by Archbishop Paul Kwong to Dean Der.

According to the Constitution and Canons, the electoral college for the election of Bishop Co-adjutor consisted of all licensed clerics of the Province, lay members of the Diocesan Synod of Hong Kong Island, and lay representatives of the other dioceses and missionary area in the General Synod.

Dean Der has lived, studied and served in Hong Kong, Taiwan, the US, and Canada. He was ordained to the deaconate in 1990 in the Diocese of Toronto and to the priesthood the following year. He was made an Honorary Canon of St James’ Cathedral, Toronto in 2007. In 2012, he was appointed Dean of St John’s Cathedral, Hong Kong in July 2012 and officially installed later that year in October.

Dean Der is passionate about nurturing disciples, and making the Christian faith relevant to people’s lives and is actively sharing the gospel, doing pastoral work and guiding the outreach ministry in ways that are relevant to the society.

Orthodox bishops at the Lambeth Conference reaffirm Lambeth 10.10 as the Anglican teaching on marriage and sexuality

New director of the Unity, Faith and Order commission named

Orthodox bishops at the Lambeth Conference reaffirm Lambeth 10.10 as the...