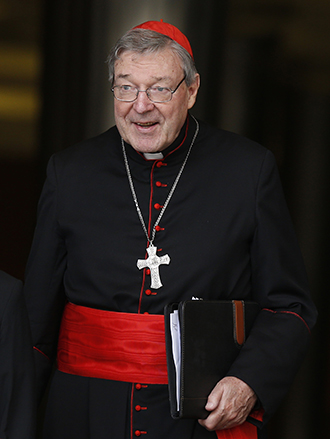 The Holy See Press Office has issued a statement welcoming the decision to grant Cardinal George Pell permission to seek a review of his conviction for child abuse. On 13 Nov 2019 two justices of the Australian High Court stated they were referring Cardinal Pell’s request for appeal to the seven members of the High Court.

The decision does not automatically grant Cardinal Pell an appeal. At the review hearing, the High Court will decide en banc whether to accept or deny Cardinal Pell’s request to appeal an earlier conviction for the sexual assault of two under-aged boys, which purportedly took place in the sacristy of Melbourne’s Cathedral in 1996, when he was the local Archbishop.

The director of the press office, Matteo Bruni, posted a bulletin stating:

“While reiterating its trust in the Australian justice system, the Holy See acknowledges the decision of Australia’s High Court to accept Card. George Pell’s request of appeal, aware that the Cardinal has always maintained his innocence.

“At this time, the Holy See reaffirms once again its closeness to those who have suffered because of sexual abuse on the part of members of the clergy.”

The Australian church leader’s first trial ended in a hung jury; a second jury unanimously entered a guilty verdict last February. In their application for review, the cardinal’s lawyers based their appeal on the dissenting opinion of Justice Mark Weinberg, one of three Victoria State Supreme Court judges, who reviewed the case.

The case has caused considerable controversy, with many commentators calling the proceedings a miscarriage of justice. The cardinal has maintained his innocence throughout. No date for the appeal hearing has been set.