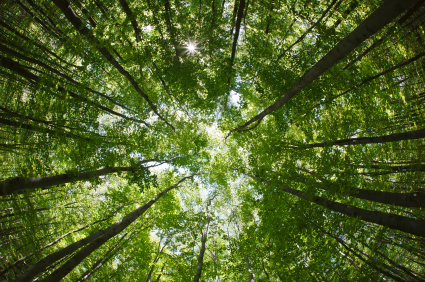 Nearly 50 churches across the UK will be linking their churchyards with the Queen’s Commonwealth Canopy this October by planting a tree donated by the Woodland Trust.

In 2018, Frank Field MP invited all 650 MPs to accept a tree which would connect their constituencies to the Queen’s Commonwealth Canopy, a network of forest conservation projects that stretches across the commonwealth, which grows out of the work of Cool Earth. Over 500 MPs did so, but to ensure the remaining constituencies were not left out, Frank contacted archdeacons and area deans to find churches who could plant the remaining trees.

The 49 churches who have accepted the trees include Bradford Cathedral, the Cathedral of the Isles (the smallest in the UK), and Bridlington Priory as well as parish churches in England, Scotland, Northern Ireland and Wales. Some churches intend to commemorate the tree’s significance with a plaque, while others have invited their local bishop to attend the planting ceremony or will be using it as an opportunity to teach children at the local primary school about climate change and deforestation.

Over 40 Commonwealth countries have now formally committed areas of forest to the QCC. Together, these forests make up the second largest collection of rainforest trees in the world, beaten only by the Amazon rainforest.

Conserving rainforests, as the QCC and the charity, Cool Earth, which Frank co-founded, is the single biggest change we can make to reducing CO2 emissions. But tree-planting in the UK is also vital. The Committee on Climate Change’s report, Net Zero: the UK’s contribution to stopping global warming, published last month, that the UK increase the number of trees planted from 10,000 hectares per year to 30,000. That would amount to nearly 3 billion more trees planted by 2050.

Frank Field is hoping that by engaging churches in different areas of the country engaged in tree-planting that other church leaders might be inspired to do the same. The Church of England has already committed to reducing its carbon footprint by 80% by 2050, and now has over 18 ‘eco dioceses’ and more than 850 ‘eco churches’.

Frank commented, ‘I am delighted to see that such a diverse array of churches will be linked to the Queen’s Commonwealth Canopy and the creative ways in which these churches plan to celebrate and make use of the donated tree. It is a wonderful reminder that planting trees is not only vital for how we fight climate change but also a way of bringing communities together. No wonder Revelation tells us that the leaves of a tree will be used for the healing of the nations!’