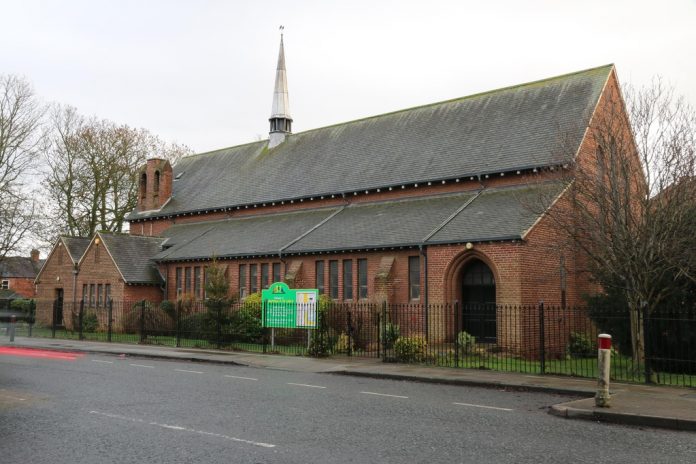 A parish church in the Diocese of Durham has been criticised for “being ashamed of the gospel” after saying it would cover crosses and other sacred images in order to host Islamic prayers and an Iftar meal for the local Muslim community.

Muslim representatives met with Vicar Revd Lissa Scott and agreed to set apart two small rooms for Muslim ladies to pray and clear one aisle of chairs in the church’s sanctuary for Muslim men to offer worship, according to the minutes of the meeting held on May 9.

However, the Venerable Rick Simpson, Archdeacon of Auckland, refused to give permission for Muslim prayer in the main body of the church.

Local councillor Gerald Lee emailed the group the next day to inform them of this development suggesting that the Muslims “revert to using the two rooms that we inspected—one for the males and one for the ladies.”

“Gathering with Muslims in a Christian Church is an important step in bringing communities together so we do hope that you can see the importance of this event for everyone and compromise a little by using what our church has to offer,” he added.

Following the Archdeacon’s intervention, a revised version of the minutes was issued with the note to cover the crosses and images deleted. “Please note that this letter and attachment supercedes (sic) the one I sent to everyone yesterday,” Mr Lee’s email stated.

Sources described Vicar Lissa Scott as a “liberal” who uses “gimmicks like Café Church to offer a gospel-less diet of Moralistic Therapeutic Deism.”

The parish website advertises ‘Meditation, Mindfulness, Relation’ sessions which “have their basis in Buddhism, so now she’s saying we can sample a bit of Islam too,” a local told Rebel Priest. “What does the gospel have to do with being ‘calmer, more aware of your body, mind, and feelings in the present moment, and more able to relax,’” he asked, quoting the website.

“Jesus warned that one of the conditions of not being banished from eternity, was that we were not to “not be ashamed” of him,” Bishop Gavin Ashenden said. “Covering the cross or any Christian symbol to placate those who reject Him is in fact a most serious betrayal,” he lamented.

“Christians who out of a misplaced generosity are more faithful to the Mohammed’s requirements than to Jesus’ claims risk being separated from God for ever. They will have to choose between Mohammed and Jesus,” he added.

London Assembly Member David Kurten said it was “preposterous” to cover up crosses to not offend Muslims. “Muslims, or people from other faiths should be welcomed to churches so they can hear the message of salvation through Christ.”

But for “so-called Christian leaders to give over a Christian church to a Muslim religious event and then to cover up Christian symbols is a disgrace,” he maintained.

“Christian leaders are called to ‘not be ashamed of the gospel of Christ,’ but these ones are hell-bent on contorting themselves every way they can in order to accommodate every perceived demand of every minority, while they neglect and offend their own faith and their own people. They are not fit for purpose,” he added.

However, local councillor Gerald Lee has called the event “a big and wonderful step to help reduce barriers between our Darlington people.”

Meanwhile, Durham Cathedral sent out a second email confirming it would be participating in the Gay Pride Parade on May 26 and invited staff and volunteers to join.

Bishop of Durham, Paul Butler, who named former Conservative MP Enoch Powell to Scotland Yard as part of a paedophile ring with links to ‘ritual satanic abuse,’ has remained silent on his Cathedral’s participation in the Pride March.

As in the case of accusations against Bishop George Bell, no evidence emerged to support these claims. Nevertheless, the Bishop of Durham did not apologise to the Powell family for any distress he may have caused them.

“My great great uncle was Handley C. G. Moule, Bishop of Durham, a hundred years ago,” scientist Dr Andrew Bosanquet wrote to Bishop Butler, saying that he and Bishop Moule’s relatives were “deeply saddened by the stand of the present Durham Cathedral authorities in so openly supporting Gay Pride. We believe that Bishop Handley Moule would have been adamantly against this.”

Bishop Butler did not respond to the letter.

The Iftar meal and Muslim prayers will go ahead on June 2 in the parish.