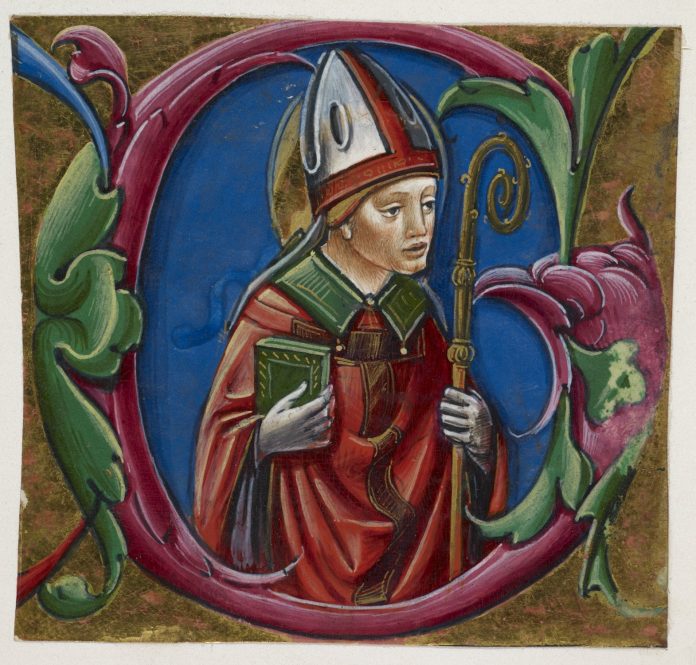 At the end of April (2019) two church bodies met, the Anglican Consultative Council (ACC-17) in Hong Kong and the Gafcon Primates in Sydney. The Gafcon Primates published a Communiqué of their meeting. The ACC does not normally produce a summary document and so one has to rely on church news services (here and here), which are often spotty and biased.

Fortunately, this year Andrew Atherstone has published a separate analysis titled “What Really Happened at the Anglican Consultative Council (ACC-17).” Dr. Atherstone’s piece is of particular interest because he is an English Evangelical theologian, who along with Dr. Andrew Goddard, represents, if I may borrow the term, the “Remainer” party of conservatives in the Church of England.

Atherstone and Goddard, for instance, edited Good Disagreement? Grace and Truth in a Divided Church (2015), and wrote in the lead essay: “On some issues, ‘good disagreement’ will mean renewed efforts to hold together despite inevitable strains. On other issues, it may require discipline, differentiation, and even separation among professing…” (page 19). Dr. Atherstone’s response to ACC-17, therefore, should give some indication of how he assesses the current state of the Anglican Communion.

Although Dr. Atherstone devotes most of his report on ACC-17 to matters of church order, he does note that “our deep doctrinal disagreements as Anglicans rumbled along in the background,” because provinces “have changed their doctrine of marriage.” It would appear that he considers “disagreement” on marriage to be among the issues requiring “discipline, differentiation, and even separation.”

His discussion of the 3-year set of restrictions – a.k.a. “consequences” – imposed on the Episcopal Church in 2016 is curious. He notes that these restrictions have now “timed out,” that “the situation is farcical,” and that the “consequences” need more substance, but he refrains from framing the issue in terms of repentance. What makes the situation farcical indeed is that fact that Communion “Instruments” did not require TEC to change its teaching or practice, and now they are talking about moving on to the “healing phase.” Common sense parenting teaches that you do not send a child to a “time-out” without requiring on his return an apology and a promise not to do it again!

Dr. Atherstone apparently considers this failure of discipline a reason for differentiation, personally at least. Hence he declined each day to take Communion with TEC delegates at ACC-17 and suggests that this practice should be offered at Lambeth 2020 because “we are all part of the Anglican Communion but we are not all ‘in communion.’” While one can sympathize with his dilemma, his response is strangely individualistic. Did he commend his position to others at ACC-17? He argues that by allowing separate eucharistic gatherings at official Anglican meetings, “it becomes possible to meet together and discuss our differences and common concern, without pretext…and the pain of our disunity motivates us to renewed efforts toward unity.” As I have argued (see here and here), sitting at table with false teachers at a church council is just as problematic as sitting at the Lord’s Table (cf. 1 Corinthians 5:12). Certainly the early church councils saw it this way (yes, Arius attended Nicaea but was defrocked and exiled from there).

Giving formal recognition to false teachers at a church council, even if it is on the pretext of “listening,” serves to legitimate their position (some call this “open reception”). This is precisely how revisionists advanced their innovations within the Episcopal Church and took them on to the Communion level.

Dr. Atherstone seems strangely naïve about how the game is played. He contrasts the “informal” way the meeting in Hong Kong was conducted with the tightly controlled agenda and autocratic rule by the chair, the table groups gagged by long lectures, and the avoidance of sensitive subjects (“we don’t do doctrine”). But this contrast is not a bug in the program, as they say, but a feature. Welcome to indaba!

His own attempt to bring resolution to the divisions at ACC-17 is revealing. On the key resolution concerning membership in Anglican bodies, he thought his “Oxford” amendment – that LGBTQ advocates should be “welcomed” rather than “included” – would make peace, and he was surprised when the Africans “found their voices and stood one after another to denounce the resolution.” Why should this be a surprise? Meeting after meeting for twenty years, they have strongly defended Lambeth Resolution I.10 and its normative statement that homosexual practice is “incompatible with Scripture” and “cannot be advised.”

This brings me to Dr. Atherstone’s discussion of the status of the Anglican Church in North America. He rehearses the various institutional objections which led Lambeth authorities to claim that the ACNA had “left the Communion” and were not truly Anglican. In particular, he mentions the 1930 Lambeth Conference, which declared that membership involves being “in communion with the see of Canterbury.” One should also note the 1930 Conference acknowledged the “autonomous” nature of the Provinces and anticipated the possibility that an irreconcilable difference might arise:

This freedom [autonomy] naturally and necessarily carries with it the risk of divergence to the point even of disruption. In case any such risk should actually arise, it is clear that the Lambeth Conference as such could not take any disciplinary action. Formal action would belong to the several Churches of the Anglican Communion individually; but the advice of the Lambeth Conference, sought before action is taken by the constituent Churches, would carry very great moral weight. And we believe in the Holy Spirit. We trust in His power working in every part of His Church to hold us together.

That untoward circumstance did occur after 1998, when the Episcopal Church rejected the clear teaching of Scripture and Lambeth Resolution I.10. After ten years of seeking to resolve this matter through the formal Instruments, seven autonomous provinces took action at GAFCON 2008, forming a “movement in the Spirit,” breaking communion with TEC, and recognizing the ACNA as a legitimate Anglican Province with its own Primate.

Andrew Atherstone discusses the status of ACNA without mentioning the role of Gafcon. This won’t do. Gafcon has formed an alternate structure to the Lambeth Establishment and has given a theological rationale for doing so in its conference statements from 2008 to 2018. It currently represents eleven Provinces and six “Branches” that have broken ties with TEC and its followers. At least three large Provinces and over 300 bishops will not be attending Lambeth, again. This is the alliance that the ACC Secretary General heedlessly accused of threatening schism due to “deliberate ignorance” of Anglican ecclesiology.

There will be no way, Andrew, for the Archbishop of Canterbury to convene a task group to deal with ACNA without dealing with Gafcon, and there will be no way to have a fruitful dialogue with Gafcon without backing up to Lambeth 1998 and the “consequences” that flowed from it. And such a turnaround by Canterbury has been repeatedly refused.

The ACC-17 meeting is almost certainly a forerunner of Lambeth 2020. The script has already been written, the handwriting is already on the wall, and it says the same thing as in Belshazzar’s day (Daniel 5:22-30). Gafcon urged its bishops not to attend unless Canterbury reversed his invitations to TEC and ACNA, which by his actions he has clearly rejected. For this reason, Gafcon is offering an alternative bishops’ conference for fellowship and counsel. While I continue to think that going to Lambeth entails moral compromise, perhaps those bishops who proceed from Kigali to Canterbury will discern the difference between the “faux disagreement” among those who continue to tear the fabric of the Communion and the spirit of Gafcon.