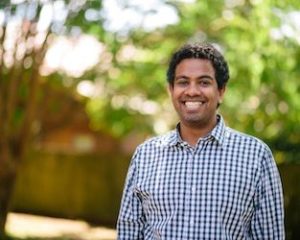 A Sri Lankan born Anglican minister has urged Christians in Sri Lanka to uphold the mercy and forgiveness of the gospel in response to the horrendous Easter bomb attacks on churches and hotels in Sri Lanka which claimed the lives of almost 300 people, including two Australians.

Prashanth Colombage, assistant minister at St James Anglican Church in Croydon, in Sydney’s inner west, says the challenge for the Christian community in Sri Lanka is to “heed the gospel and respond with mercy.”

He was responding to comments by Cardinal Malcolm Ranjith, Archbishop of Colombo, to find the attackers behind the blasts and “punish them mercilessly.”

“It was an unguarded comment and I completely understand it – he’s walked into his churches and found people dead on the floor so I wouldn’t want to judge him too harshly; but I think that’s the challenge and that’s the unique opportunity that the gospel offers Sri Lanka because one of the real struggles they have as a country is they have no culture of reconciliation or forgiveness,” Colombage told Eternity.

“The religions of Buddhism and Hinduism are built so deeply on meritocracy and the circle of life and karma and those kind of concepts – it’s coming round to get you, kind of thing – that they have no concept of letting an injustice go and trusting it to a just God.”

Colombage reflected that the Christian ethic was very important in helping move forward the South African reconciliation process in the aftermath of apartheid.

However, since the civil war ended in Sri Lanka in 2009, “they have never had the ability to truly address a lot of issues that came out of that – they haven’t really found justice for those people who perpetrated crimes, they haven’t really had reconciliation between Tamils and Sinhalese.”

Sri Lankan authorities have confirmed that they had prior information about imminent attacks on churches up to 10 days before the Easter Sunday bombings.

Colombage, whose family are still in Sri Lanka, said there were rumblings on the street that the weekend bomb attacks were not purely religiously motivated.

“Often the reality is that religious violence is never just religious; most people will say it’s often political and it’s just that they’ve co-opted religion into mobilise people,” he said.

“But the thing that’s driving it is political and I’m reminded of that even now that this is much more than just targeting Christians. I mean, obviously it is and there is a level of latent persecution that takes place in Sri Lanka against Christians, but the fact that they also targeted foreigners tells me there’s a deeper aim, which is to destabilise the country as a whole leading into an election. Who is behind that, they haven’t told us yet, but most people who are following things would say that this is not just about attacking Christians … It’s about power and who wants it and who you can leverage against another group.”

He urged Christians to pray for their brothers and sisters in Sri Lanka to have the courage to go back to church and keep meeting together.

“It is really horrendous to go to church on Sunday and your family don’t come home,” he said.

“From my relatives in Sri Lanka, the thing we have to pray for them is that they will have the courage to keep declaring that Jesus Christ is their Lord and find the courage to go back to church and to meet with their brothers and sisters still in the midst of that.

“Those are things that I would need people to pray for me because that is not a natural response, to keep standing up for what you believe in, so that’s the supernatural courage that God gives us to do that.”