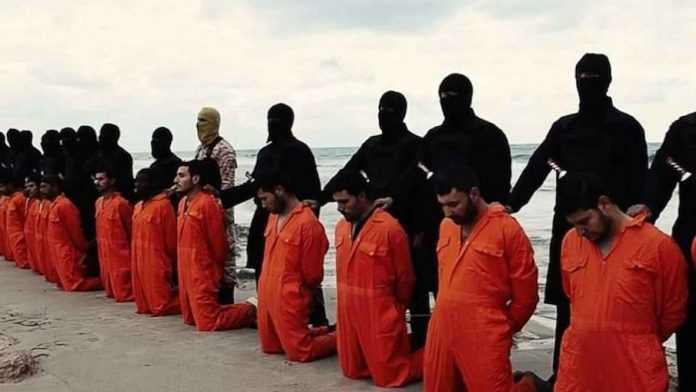 One of the Sunday school teachers in the Church in Sri Lanka has written about what they were doing on Easter day.

“Today at Zion Church we asked the children, ‘how many of you would be willing to die for Christ?’ Everyone raised their hands. Minutes later we took them into the main service. The blast happened. Half of them died on the spot.”

In one of the two other Catholic Churches that were blown up, the bomber waited until the children had come back into the main liturgy before he detonated. Killing the children appeared to have been a priority to him.

Some people may have been surprised by the UK Government’s initiative that lay behind Jeremy Hunt writing forty letters to a variety of Christians and agencies offering support for Christians in their persecution. Not many people are aware that Christians are the most persecuted religion in the world today.

At first sight, it seems odd that the world’s largest religion should be the target of so much hatred and violence. But at the risk of drawing lines in history that are too sharp, it seems that there are three figures who stand as major figures of history and their teaching and influence drive the values of their followers.

They are Jesus, Mohammed and Karl Marx. Their followers are Christians, Muslims and Communists. In terms of violence, Christians are the odd ones out.

Jesus taught his followers never to use violence, but only humility and compassion. There is no sanctioned violence in the New Testament.

But there is in the Koran.

Mohammed told his followers to offer non–Muslims the chance to convert, and if they didn’t, to use violence to make them. Islam swept through the known world carried by armies who did just that.

Marx also was a proponent of violence. He called his followers to armed revolution, and in the twentieth century, they obeyed with alacrity. But with Communism the killing didn’t stop with the revolution. It continued. In the Little Black Book of Communism Stephane Courtois estimates that the sum total of deaths communism caused, with its genocides, forced famines and executions, to be over 94 million.

Bill Warner in his book the Islamic Trilogy estimates the death toll of non-believers at the hands of Islam, between its founding in 610 and 2006, to bemore than 270 million non-Muslims.

It’s not easing off; from 2001 to 2017, Islamic activists carried out more than 32,000 attacks that killed more than 85,000 innocent and unsuspecting civilians. The Intelligence Services in the UK have identified 23,000 jihadist ‘extremists’ of whom 3,000 are believed to pose an active threat to their non-Muslim neighbours.

It is perfectly true that Christianity has blood on its hands too. But the distinction is that with the exception of the self-defence, the violence has been mainly instigated by the State rather than the Church. There are no Christian jihadists, no Christian terrorist bombers. And if there were, the New Testament would be held up to them to show they had no right to call themselves followers of Jesus or Christians at all. In other words when Communists and Muslims engage in violence they can justify it by appealing to Marx and Mohammed; but when Christians turn to violence, they can’t.It is forbidden.

So in part it is the use of violence sanctioned both by Marx and Mohammed, that has meant that Christians have become the most persecuted group in the world today.

What is very odd beyond that is the way in which the media and the politicians do all they can to avoid telling the truth about it. The media avoid the “M’ word as long as it can. The child abusers of Rotherham were called ‘Asian’ to the deep distress of Sikhs and Buddhists. The BBC said it had no idea who on earth would even think of sending suicide bombers into Sri Lankan churches for as long as it could.

Why is there such a reluctance to acknowledge that both Communism and Islam resort to violence to the extent that they do? In the same week as the New Zealand atrocity where 50 Muslims were killed by a lone gunman, African Muslims murdered 120 Nigerian Christians and the world’s media kept it secret.

With very rare exceptions, Christians do not kill Muslims or Communists. Both Communists (currently in China) and Muslims kill Christians on an industrial scale. As the Sunday School teacher said, Christians are taught to be willing to be martyrs for Jesus. Unlike Muslims they are not taught to make martyrs of others. Why won’t the media and the politicians tell the truth about it?

Doctrine is to Be Guarded Not Undermined