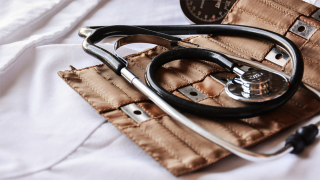 A recent article by The Daily Mail reports that doctors are steadily moving towards allowing the termination of the lives of patients suffering from dementia and other degenerative diseases if they are unable to feed themselves. The Mail also reports that families’ opinions, while being taken into consideration, will not have as much power as they have previously had, allowing doctors to make the final call on ending patients’ lives.

A new British Medical Association (BMA) document proposes that GPs should be allowed to remove tubes giving food and water (clinically assisted nutrition and hydration, or CANH) to those in a vegetative state, unable to feed themselves. This could affect patients living with such diseases as dementia, Parkinson’s and Huntington’s disease, which can all result in the patient being “unable to take sufficient nutrition orally”. Stroke patients and those suffering from rapidly progressing brain injuries could also be included.

Around 850,000 people in the UK are thought to be living with the effects of dementia. By 2025, this figure is expected to rise to over a million.

The BMA document argues that: “Due to the degenerative nature of their condition, these patients are on an unexpected downward trajectory and will inevitably die, usually as a result of their underlying condition, although perhaps not imminently and could, potentially, go on living for many years.”

Professor Patrick Pullicino, of East Kent Hospitals University NHS Trust, said the BMA plan was “terrible”, adding that it “facilitates the extension of end-of-life pathways to people with neurological diseases who are not dying” and that it “perpetuates the myth of ‘best-interests’ which has been shown to be erroneous and reflective of members’ views and not of the real best interests of the patients.”

The document comes shortly after the recent Supreme Court ruling which judged that if relatives and medical staff agree that the withdrawal of CANH was in the patient’s best interests, then the courts did not need to be involved. The BMA document went further, adding that family and friends should, of course, be consulted, but doctors would be given the final decision.

Dr Peter Saunders from Care Not Killing also commented: “This is a recipe for euthanasia by stealth, but all in the name of autonomy and best interests – the very worst kind of doctor paternalism justified on the grounds that the patient would have wanted it.”

Care Not Killing reports that this ruling could affect up to 24,000 patients in a permanent vegetative state or minimally conscious state. These patients are not imminently dying and can live for many years with good care; some may even gain awareness. However, if CANH is withdrawn, the patient would die from dehydration and starvation within two to three weeks.

This news comes as an article by The Times states that many doctors cannot tell when patients are about to die. In fact, more than half the patients that doctors predicted would die within a year went on to live longer. The Times reports that many doctors “were using ‘stone age’ methods to pick out those patients who might need extra help at the end of their lives”, potentially denying treatment to those who really need it.