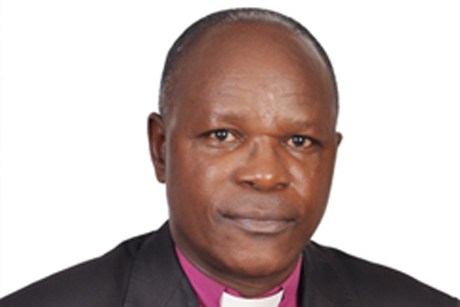 The Bishop of Makamba, the Rt. Revd. Martin Blaise NYABOHO, has been elected by the House of Bishops of Burundi to serve as the fourth Archbishop and Primate of the Anglican Church of Burundi.

With a B A. Degree in Systematic Theology, Bishop Martin Blaise NYABOHO served as a teacher at Matana Bible School, in Scripture Union as a Christian Literature Translator and in Bible Society as a Bible Translator. He also occupied the Development Officer’s function in Matana and Makamba Dioceses.

The Rt. Rev Martin Blaise NYABOHO was consecrated as Bishop in 1997 and became the first Bishop of Makamba Diocese.

The Rt. Rev Martin Blaise also went to Haggai Institute Leadership Training in Singapore and to Panzi Development Training Center in Zaïre (current DRC) and has participated in both local and international conferences and seminars for internship courses on Social Transformation, Leadership, Peacebuilding and Reconciliation, and on Sustainability of the Anglican Church.

His Enthronement is fixed for 21st August 2016.

He takes over from the Most Rt. Rev Bernard NTAHOTURI, who has led the Province of the Anglican Church of Burundi from 2005.

The Province of the Anglican Church of Burundi appreciates all the prayers and support from partners, friends and family.