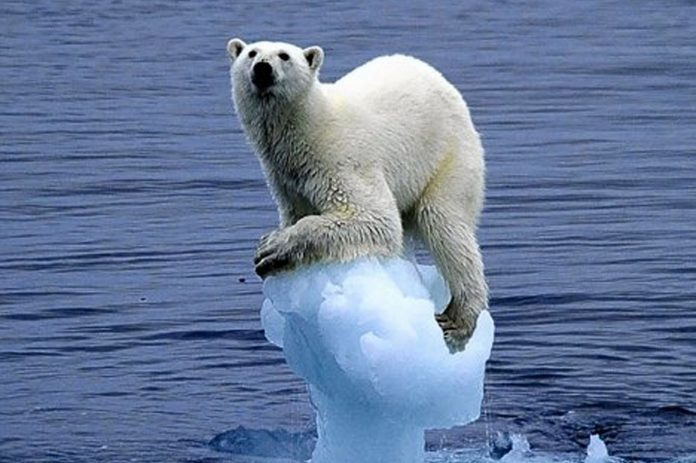 The conflict between faith and science has science winning — climate science over belief in global warming that is.

Over at the Web’s most-viewed global climate-change site, Watts Up With That, guest blogger Dr. Tim Ball puts the genie of “global warming” back into the bottle — and hopefully makes it embarrassing for those who still are trying to alarm the rest of us.

His point about all the global warming alarms is extremely simple: “It’s the sample size, stupid!”

Nearly all of the publications by the Intergovernmental Panel on Climate Change (IPCC), as well as by those scientists promoting their models of disastrous future global warming, are based on a data record which reaches back for at most a century or two. But the earth itself is four-and-a-half billion years old, and we now have ice core data (showing temperature fluctuations) going back for millions of years. So here is how Dr. Ball describes the mismatch:

Recent discussion about record weather events, such as the warmest year on record, is a totally misleading and scientifically useless exercise. This is especially true when restricted to the instrumental record that covers about 25% of the globe for at most 120 years. The age of the Earth is approximately 4.54 billion years, so the sample size is 0.000002643172%. Discussing the significance of anything in a 120-year record plays directly into the hands of those trying to say that the last 120-years climate is abnormal and all due to human activity. It is done purely for political propaganda, to narrow people’s attention and to generate fear.

The misdirection is based on the false assumption that only a few variables and mechanisms are important in climate change, and they remain constant over the 4.54 billion years. It began with the assumption of the solar constant from the Sun that astronomers define as a medium-sized variable star. The AGW proponents successfully got the world focused on CO2, which is just 0.04% of the total atmospheric gases and varies considerably spatially and temporally. I used to argue that it is like determining the character, structure, and behavior of a human by measuring one wart on the left arm. In fact, they are only looking at one cell of that wart for their determination.

Here is a graph, for example, of Antarctic ice core records, smoothed by a 70-year moving average, that goes back half a million years (click to enlarge):

The little red rectangle at the far right of the plotted data represents the time range chosen by most climate modelers. By blowing that small area out of proportion to the rest of the record, virtually any argument for an increasing pace of warming could be supported — except that they try to pin what is happening on man’s recent activities. But as the longer-scale graph demonstrates, the variations in average temperature — from minus eight to about plus three degrees — are cyclical, and the earth has been there at least three times before, without man’s help.

Another graph from Dr. Ball’s article, of just the last ten thousand years, shows a different way of putting the current temperature rise in perspective (again, click to enlarge):

By focusing on just the last two or so hundred years, i.e., by choosing a ridiculously small sample size, the alarmists are engaging in deceptive manipulation of the real data. Anyone who wants us to close down industrial plants, stop driving gas guzzlers, and the like, while ignoring what the longer-term data show, simply wants to exercise political power over the rest of us for no good reason.

The Watts Up With That? website is a splendid place to bookmark, and to visit regularly for unbiased updates on the climate change debate. Be sure to go and read Dr. Ball’s entire article, as well as the interesting comments on it at the bottom of the page. You will be better informed than many of your peers as a result.