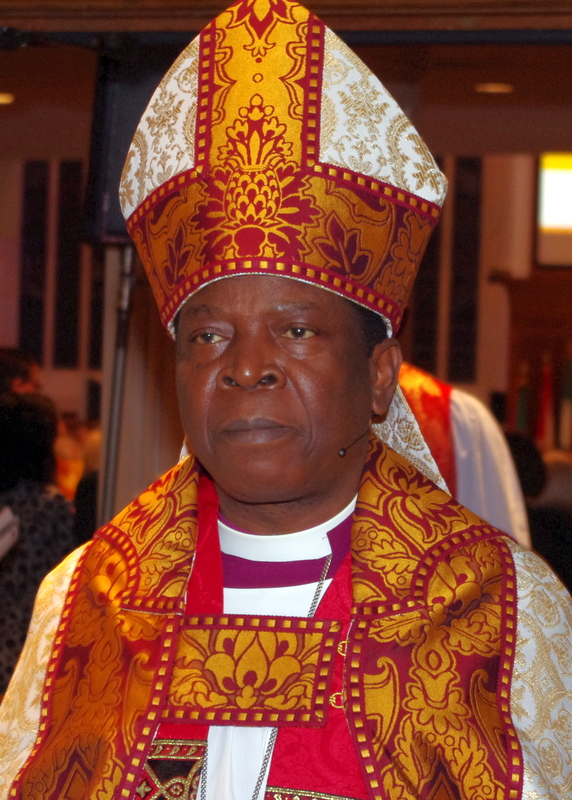 The Most Rev. Nicholas Dikeriehi Orogodo Okoh, Primate of All Nigeria and Archbishop of Abuja

The son of peasant farmers, Nicholas Okoh was educated at an Anglican school in his village and then worked in a shop owned by his uncle. At the age of 17 he enlisted in the Nigerian Army and served in the Biafran War. His experiences in the war led to a loss of faith, but he underwent a conversion experience in 1971 and became a fervent Christian. After leaving the army he became a catechist and trained for the ministry at Immanuel College of Theology from 1976 to 1979, earning diplomas in Religious Studies and Theology. He went on to earn a Bachelor and Master of Arts degrees from the University of Ibadan. Ordained deacon in 1979 and priest in 1980, he served as a parish priest in the diocese, and became an Army chaplain rising to the rank of Lt Colonel. He was appointed canon in 1987 and archdeacon in 1991. Archbishop Okoh was elected the second bishop of Asaba and consecrated in May 2001. On 22 July 2005 he was elected Archbishop of the Ecclesiastical Province of Bendel. The House of Bishops of the Church of Nigeria elected him Primate of All Nigeria in succession to Archbishop Peter Akinola. He was translated to Abuja and installed as primate on 25 March 2010. He is a member of the GAFCON primates council and the Global South primates group. He is married to Nkasiobi Amaechi and they have five children.