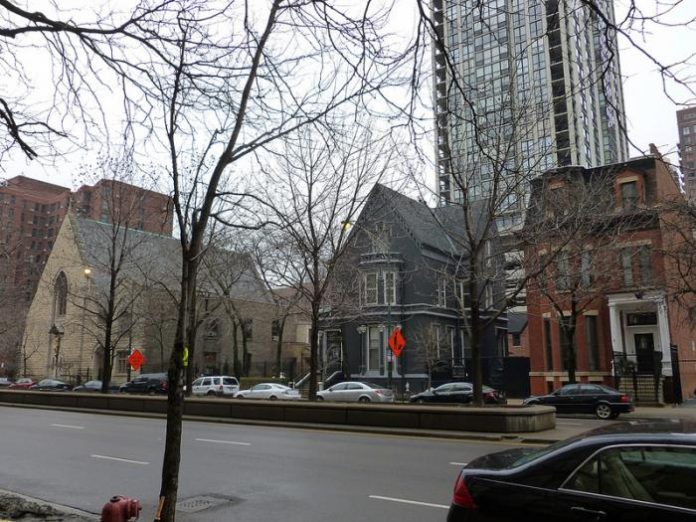 In a development that few Episcopalians of four or five years ago could have imagined, the Episcopal bishops of the most powerful and financially secure dioceses have begun to turn on their own once-strong, but now severely weakened, parishes.

In a development that few Episcopalians of four or five years ago could have imagined, the Episcopal bishops of the most powerful and financially secure dioceses have begun to turn on their own once-strong, but now severely weakened, parishes. Having driven out all the dissenters at enormous expense to their coffers, these dioceses are increasingly trying to make up their losses by sacrificing valuable real estate — even if it means turning out previously loyal congregations from their hard-won property. And — who could have foreseen it? — the parishes most harmed by the continuous litigation were precisely those with the most valuable properties.

A prime example is the Diocese of Los Angeles, led by the litigious J. Jon Bruno — he of the forkèd tongue. For nine years he waged war in the California courts against four dissident congregations to prevent them from keeping title to their own parish properties. Using the notorious Dennis Canon, he was singularly successful in having California courts impose an irrevocable trust on the local parishes’ real estate, so that when they voted to withdraw from the diocese, they necessarily forfeited all rights to their property.

But his victories came at a tremendous cost: the Diocese had spent more than eight million dollars as of last year, and was still incurring more costs to subsidize two of the remnant congregations in their newly recaptured sanctuaries. Bishop Bruno negotiated sales of two of the properties: the parish of All Saints Long Beach was allowed to purchase their property on a long-term contract, and he sold the church of St. David’s in North Hollywood to a private school.

Initially he announced that the other two parishes — St. Luke’s in the Mountains, and St. James the Great in Newport Beach — would continue as usual to serve their remnant congregations, which had been seriously diminished during the years and years of costly litigation. But Bishop Bruno cannot help but speak with a forkèd tongue, remember? While St. Luke’s was struggling along as a vicarage, Bishop Bruno’s plans for St. James evidently changed just eight months after he re-dedicated it for service. On May 20, 2014 he obtained approval of the diocesan corporation to transfer into his corporation sole the title of St. James’s multi-million dollar, ocean-front property in one of the most exclusive neighborhoods of wealthy Orange County. Effectively this gave him alone the sole power to deal with and dispose of the property. (Note: he did not inform the St. James congregation of this transfer.)

Sometime in early 2015, Bishop Bruno completed private negotiations to sell the entire St. James property (consisting of four separate parcels) to a developer who planned to replace the church buildings with luxury condos. He waited until May 2015 to announce the sale to the congregation, who predictably reacted with shock and hostility, mingled with their honest attempt to try to view the matter from his perspective. However, given Bishop Bruno’s proclivity for prevarication, and his unwillingness to meet the congregation even halfway, things went downhill in a hurry.

The congregation first published an open plea to the Diocese, which went nowhere. Next, in a twist worthy to be dubbed “poetic justice”, the original donor of the St. James property informed Bishop Bruno that the property had been given to the Diocese on the condition that it be used always and only for “church purposes.” Bishop Bruno claimed in turn that the donor had released the property restriction in 1984, and filed an aggressive lawsuit against the donor for “slander of title” — whose intricacies I explained in this previous post.

Shortly after Bishop Bruno filed his lawsuit against the Griffith Company (the donor of the St. James property), the parishioners struck back by lodging Title IV disciplinary charges against Bishop Bruno. As difficult as it might be to imagine, the gist of the charges amounted to the fact that Bishop Bruno had repeatedly lied to them. After seeing to it that St. James congregation was locked out of its buildings — which had no other use for anybody, pending all the various legal proceedings — Bishop Bruno left the country on a four-week vacation to Italy.

The Reference Panel of the Disciplinary Board for Bishops, headed by the Presiding Bishop of the Church, initially referred the matter to official conciliation, and appointed a conciliator. After a valiant effort, the latter had to admit defeat in that Bishop Bruno was not interested in any solution that did not allow the Diocese to recover the nine million it had spent on its legal follies, and also did not believe he had done the slightest thing wrong. The case returned to the Reference Panel, who assigned it to a Conference Panel to conduct an informal hearing on the charges and supplemental charges that had been lodged.

(Sarcasm on/) Meanwhile, members of the congregation who appealed to Church headquarters to try to mediate their interim use of the St. James property were met with open arms and welcoming queries as to how they might be most helpful, along with suggestions of how the parishioners might best manage their Sunday School until the disciplinary process took its slow and painful course. (/Sarcasm off.)

With no help appearing from any other quarter, the St. James congregation and its vicar, the redoubtable Canon Cindy Voorhees, filed suit against Bishop Bruno’s corporation sole and the prospective developer to stop the sale. Bishop Bruno’s latest demurrer to that action has not yet been heard, pending the case’s assignment to a new judge (see next paragraph). You can read the congregation’s response to the Bishop’s demurrer here.

The litigation between Bishop Bruno and the original donor intensified, before likewise hitting a snag. The Griffith Company met the Bishop’s complaint with an anti-SLAPP motion (whose legal niceties I explained in this post about an earlier phase of the litigation), which the Bishop vigorously opposed, and to which opposition the donor replied in kind. But the judge to whom the motion was assigned (the Hon. Walter Schwarm) recused himself, on the remarkable ground that he was an Episcopalian. (When has any Episcopalian ever done that before in these matters?) A new judge was assigned, to whom the developer-purchaser promptly objected. But Orange County has an endless supply of civil judges, so the Hon. David Chaffee now has the responsibility for both Bishop Bruno’s and the parish’s lawsuits.

Some interesting further facts emerged from the pleadings filed between Bishop Bruno and the Griffith Company. As I discussed in this earlier post, that Company’s 1984 reconveyance of the St. James parcels to the Diocese without the exclusive-use restriction applied on its face only to three of the four parcels occupied by the Church. Bishop Bruno contends that the omission of the fourth parcel was a typographical/secretarial error, since he says (but supplies no proof of the fact) that a prominent member of St. James in 1984 paid the Griffith Company $800,000 for the reconveyance.

The Griffith Company denies that it received any money for the transaction — and once again has the documentary evidence on its side, since the deed of reconveyance shows a transfer tax paid of zero (meaning that no money officially changed hands for the transaction), and declares itself to be a “Gift Deed.” And if it was just clerical error to omit the fourth parcel, then why didn’t anyone from the Church move back in 1984 or 1985 to have the deed corrected? Indeed, to this date neither Bishop Bruno nor the diocese has filed any suit for reformation to correct the description in the deed. (Instead, he has filed for the indirect remedy of quieting title to the fourth parcel, even though the only deed referring to that parcel is the original one in 1945 — which imposes the use restriction.)

It would thus appear that the Episcopal Diocese of Los Angeles has been given the gift of eternal litigation. (It might want to consider the application of Jesus’ words in Mt 26:52 to its situation.) The parish has put up a Website which contains a useful timeline, with links to all of the documents referenced above, and more, which you may use to stay abreast of developments.

In another part of ECUSA’s domains, the Episcopal Diocese of Chicago appears bent on following in the footsteps of the Diocese of Los Angeles — though not yet (thank God) to the point of civil or disciplinary litigation leading to the sale of property. Nevertheless, the tendency to follow Neuhaus’ Law — by which the traditional and orthodox is first made optional, before eventually being proscribed altogether — seems alive and well.

One of the Diocese of Chicago’s older parishes is the Church of the Ascension, just north of the Magnificent Mile, which began as a mission in 1857 and by 1869 had become one of the Church’s leading Anglo-Catholic parishes. It maintained that tradition faithfully, becoming renowned for the extent and beauty of its liturgy and music, until the advent of the Rev. David Cobb in 2014. No friend of the Church as it had established itself, the Rev. Cobb promptly sacked Ascension’s leading musicians, slashed the budget for the choir, and began reducing the number of paid services.

The moves threw the congregation into turmoil. Bishop Jeffrey Lee was forced to intervene. The Rev. Cobb eventually departed, after having been voted a generous six-figure “severance package”, and an interim priest was assigned, but the damage to the Church’s musical and liturgical infrastructure was by then a fait accompli. The Church found a replacement organist and choir director, but one whose permanent residence is in London. (There is no explanation of how the vestry viewed that as a move that saved money over the previous arrangements.) The vestry split in the past over support for the Rev. Cobb, and it has been rumored that Bishop Lee will bring in retired Bishop James Jelinek of Minnesota, 73, to transition the Church from Anglo-Catholicism into “affirming Catholicism”. (Bishop Jelinek, by all reports, managed this same feat during his recent tenure at St. Paul’s Church on K Street, in Washington, D.C. “Affirming Catholicism” is apparently Anglo-Catholic lite, with far fewer bells, incense and organ pipes, and more emphasis on guitar-led evangelism.)

There was supposedly a parish meeting with Bishop Lee on December 5, but no reports have emerged on the Web of what happened there. I invite those interested parishioners who have access to this blog to add any further news or information in the comments.

Rowan Williams: Letter to the editor of the BMJ urging Parliament to reject ratification of assisted suicide laws