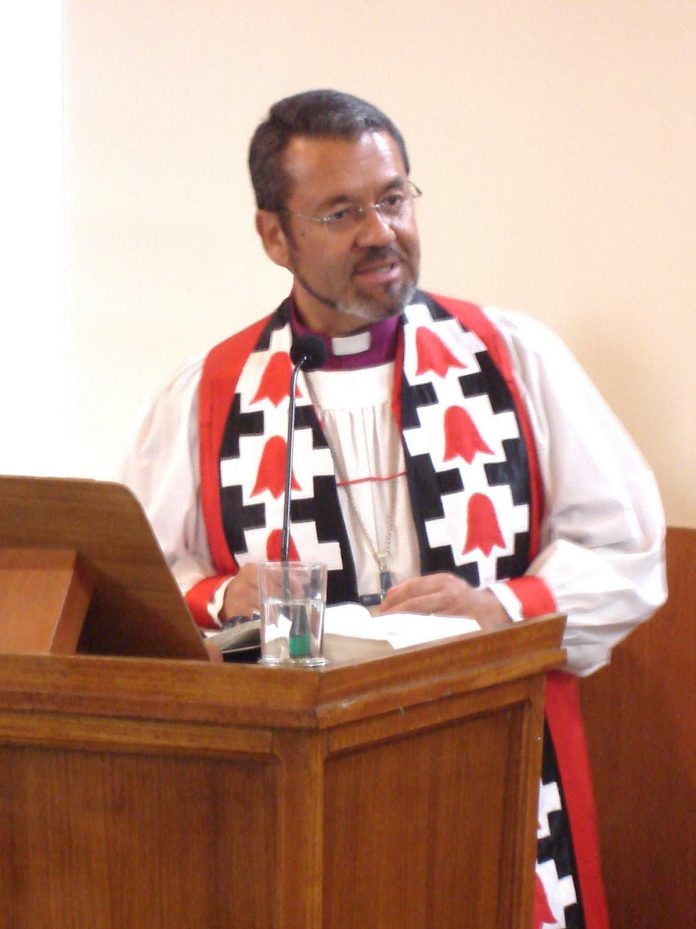 The Most Rev. Tito Zavala has assured the breakaway Episcopal Diocese of South Carolina that its secession from the national Episcopal Church in 2012 did not end its membership in the Anglican Communion.

The Presiding Bishop of the Iglesia Anglicana del Cono Sur de América, the Most Rev. Tito Zavala has assured the breakaway Episcopal Diocese of South Carolina that its secession from the national Episcopal Church in 2012 did not end its membership in the Anglican Communion.  “I am here with you with the consent of the Archbishop of Canterbury,” Bishop Zavala said on 20 May 2015 during a meeting with diocesan leaders and the Rt. Rev. Mark Lawrence at Charleston’s Cathedral Church of St Luke and St Paul. He told South Carolina Episcopalians that at a meeting in Cairo last year the Global South Primates Steering Committee “decided to establish a Primatial Oversight Council to provide pastoral and primatial oversight to some dioceses in order to keep them within the Communion.” Bishop Zavala said South Carolina enjoyed his support and archiepiscopal oversight. “Behind me is the Primate of Egypt and the Middle East, the Primate of the Indian Ocean, the Primate of Myanmar, the Primate of Southeast Asia, the Primate of Nigeria, the Primate of Burundi and others. We are supporting you.” He added, “In the Global South we do not want to interfere with any dioceses … (But) if a diocese has a problem with the Primate or House of Bishops who do not respect Lambeth resolutions we are ready and willing to support them, realizing it’s a temporary not permanent oversight.” The diocese has so far repulsed legal challenges from the national church, which has argued the diocese could not secede and take its name, property and assets with it. The South Carolina courts have held there is nothing in canon law that prevents a diocese from seceding from the national church and that the assets of the diocese remain with the corporation of the diocese. The national church has filed an appeal with the state’s Supreme Court seeking to overturn the lower court rulings.