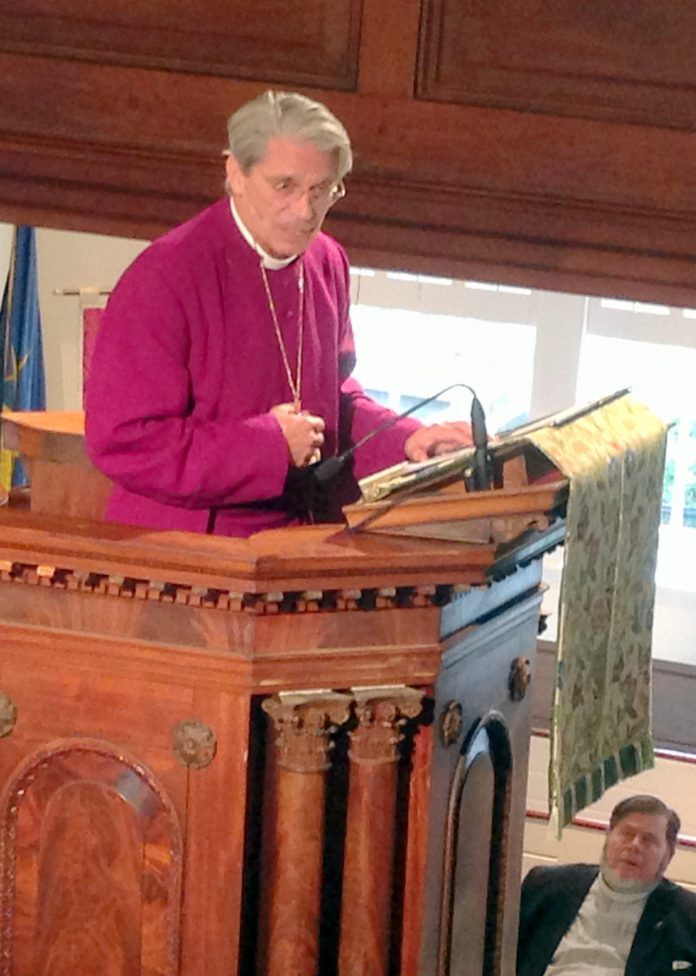 Mark Lawrence, the 14th Bishop of the Diocese, said that several important matters would be addressed at the Saturday business meeting.  “We will consider resolutions for updating the Diocesan Canons for how we work together as a Diocese – to clarify our structure after leaving The Episcopal Church (TEC),” he said.

Other resolutions will address the discernment process for deciding the diocese’s provincial relationship within the Anglican Communion, as well as affirming existing relationships within the Communion.

Bishop Lawrence emphasized that one of the real highlights of the convention will be the joy of welcoming two new congregations to the Diocesan family – Grace Church Waccamaw in Pawley’s Island and Grace Parish in North Myrtle Beach.   A third congregation in formation, Resurrection, North Charleston, will also be a special guest at this Convention.

“All of these actions are concrete evidence that supports the theme for this weekend:  Move Forward With Strength,” Lawrence said.

Although the business meeting is open only to delegates, the public is invited to attend workshops that will be held prior to the Convention, on Friday, March 14 at 1 p.m. The workshops include:

·      Personal Evangelism.  Led by Langdon Stewart, an Australian who serves as the director of Evangelism Explosion USA.  The workshop offers tools to help individuals and churches be genuine about sharing the Gospel.

·      Christian Faith Formation: Ancient Resources for Future Discipleship. Led by the Rev. Dr. Joel Scandrett, Assistant Professor of Historical Theology & Director of the Robert E. Webber Center at Trinity School for Ministry. The workshop will present key principles of Christian formation drawn from ancient Christian practice, and how to apply them in a post-Christian world. t.

·      The Jerusalem Declaration. Led by the Rev. Dr. Canon Kendall Harmon, Canon Theologian for the Diocese of South Carolina, the workshop will cover the Jerusalem Declaration 2008 and why it is important for the diocese to commit itself to this active expression of our continuing membership in global Anglicanism.

Registration for the workshops and may be done on line by visitingwww.dioceseofsc.org and clicking on “Convention Information.”

“We’re optimistic about moving forward in strength and these workshops provide valuable guidance to help set the stage for future ministry in the diocese,” Lawrence said

In October 2012, 80 percent of the diocese’s membership disassociated from The Episcopal Church when the denomination attempted to remove Lawrence from leadership. The diocese was founded in 1785, four years before it joined with eight other former colonial dioceses to create The Episcopal Church.