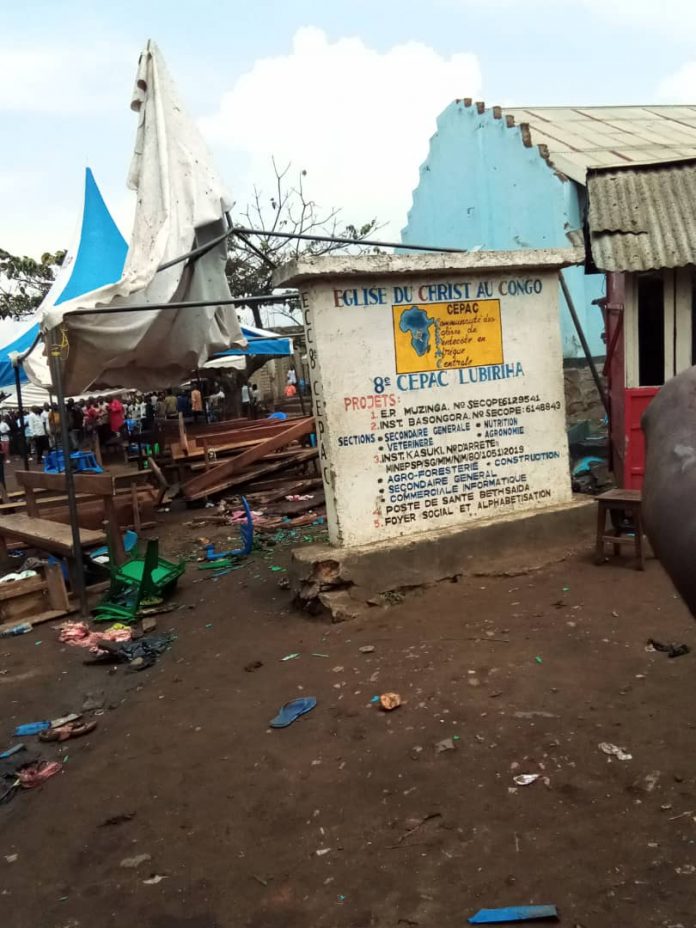 Five people were killed and at least 15 wounded in a terror bombing this afternoon in the town of Kasindi in Congo’s Nord Kivu province, the Congolese army reports. Army spokesman Antony Mualushayi said the “terrorist act” occurred at a Pentecostal church during a baptism ceremony on 15 Jan 2023. Videos posted on social media show the bodies of adults and children bathed in blood. “The security services have already taken control of the place and the injured have been evacuated to local health facilities,” Captain Mualushayi said.

The Islamist State affiliate in Central Africa, the Allied Democrative Forces (ADF) is suspected to be behind the attack. “Despite the security measures put in place, the first indications show that it is the ADF which is behind this bomb attack,” the army spokesman said in a video released on Twitter.

In a second statement, the army announced it had detained a Kenyan citizen in connection with the attack, and urged residents to clear the area.The ADF has killed hundreds of civilians in its attempts to conquer the Eastern Congo. In 2021 the DRC and Uganda launched a joint military operation to destroy the ADF. In 2012, the Mai Mai rebels loyal to local warlords attacked Kasindi, causing hundreds of refugees to flee into neighboring Uganda.