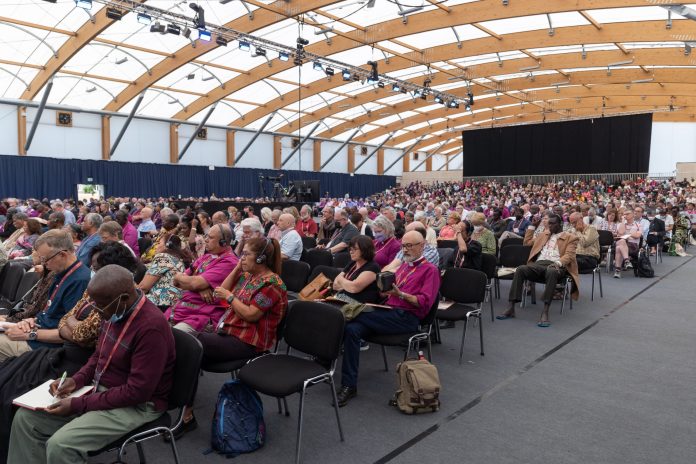 Whatever the outcome of the Living in Love and Faith process it appears that some diocesan bishops have, in any event, landed their clergy and laity in a deep and enduring crisis.

Canon C18 is clear with regard to the diocesan:

… is the chief pastor of all that are within his diocese, as well laity as clergy, and their father in God….

… has within his diocese jurisdiction as Ordinary….

… is, within his diocese, the principal minister, and to him belongs the right… of conducting, ordering, controlling, and authorizing all services in churches…”

While some traditions rejoice in this, some evangelicals, particularly more conservative ones, have done much to obfuscate it, if not ignore it all together. That, however is not a tenable position, primarily because it is not the canonical position – the law is clear. This becomes immediately evident in matters like clergy discipline, archdeacons’ visitations and clergy succession, where, however much the bishop has been avoided, their true role becomes very visible indeed.

Any suggestion that the canonical position of the diocesan is semantics, or of little practical relevance, should have been removed by the independent safeguarding review of the abuse of Revd Jonathan Fletcher at Emmanuel Church, Wimbledon.

The review outlines the dangers of a church equivocating about the extent of  the authority of the diocesan.  Whereas the church was told that they were “under the episcopal oversight of the Bishop of Maidstone”, the Rt Revd Rod Thomas (the ProvincialEpiscopal Visitor), his own position was that his role was limited to certain “pastoral responsibilities… but no safeguarding oversight.”  This led to a lack of clarity about who had responsibility for safeguarding and other important matters.

The report contains a detailed analysis of the problems that arose, and therefore merits reading in its entirety on the subject, but suffice to say one of the contributors said,

The report then states,

“The Reviewers regard this breakdown in relationship, the longstanding poor relationship and continued strained relationship between ECW and the Diocese to be a major factor in what we deem to be the lack of effective response to the disclosures and other concerns regarding the behaviour of JF/other safeguarding issues that were raised during JF’s incumbency”.[p70]

Despite the clarity of the recommendations made by the report [1], Emmanuel, and others, still make no mention of their diocesan bishop on their websites, instead they continue to give the impression that it is the Bishop of Maidstone, alone, who offers episcopal oversight of their churches [2].

An approach to the Canons of the Church of England that significantly increases safeguarding risks is not, and never can be, a matter of semantics or of no practical relevance. The sheep are not protected by having the wool pulled over their eyes.

Whatever the local church leadership believes, tries to suggest or practice, nothing can in any way remove, or even reduce, the jurisdiction of the diocesan bishop. And it is worth remembering that laity have bishops every bit as much as clergy.

This is the cause of the crisis for many. Diocesan Bishops are starting to state that they hold positions on issue of human sexuality that without question mean they are “false teachers”. It is not overstating the case to say that they have publicly and proudly adopted heresy and expect to be celebrated for so doing. The New Testament is utterly clear about what such people are and how they should be regarded. They are deceivers, ravenous wolves who are accursed because they will not spare the flock. [3]

It is all but impossible to see how any orthodox Anglican lay or clergy could accept a chief pastor and principal minister of their church who was such a person. To the contrary, the command of St Paul is to, “…go out from their midst, and be separate from them…”. Many evangelical churches in the Church of England are, quite rightly, extremely cautious, about who they permit to preach, lead small groups etc. That a church would have as their ‘principal minister’ someone they wouldn’t let near the leadership of a home group, much less employ as a member of staff, defies logic.

Of course, it may well be said that there have not infrequently been false teachers among the bishops of the Church of England, and that they have been tolerated (as if doing the wrong thing in the past justifies repeating the mistake) but the situation is now far more serious. There is now no doubt that the matters at hand are not adiaphora; the errors are explicitly stated and may even be voted for; and the issues are of orthopraxy as well as orthodoxy, so there will be no going back if change is implemented. If there ever was a time, which is highly doubtful, to grant heterodox bishops the benefit of the doubt, that time is well and truly over.

Unless they move dioceses, for those with explicitly heterodox bishops the situation described in this blog will persist for at least as long as the diocesan is in place and not fully repentant.

Furthermore, it may well transpire that even moving dioceses provides no solution – the bishops operate collegially and if those who remain faithful do not soon denounce and thereafter exclude bishops who are false teachers from the House of Bishops, they are equally culpable. In which case no diocese will provide refuge for the faithful.

No ‘structural provision’, even a ‘Third Province’, will resolve these problems unless the bishops of the structures or provinces are not in communion with those of the old. And rather than a new structure or province, surely that is a new church altogether.

This means that all talk of such things as “visible differentiation”, “unavoidable avoidance” of, or “broken partnership” or “impaired communion” with, or only relating to a diocesan in “temporal” as opposed to “spiritual” matters, does not and cannot change the legal position.

It goes without saying that, provided the new structure/province were for revisionists many would welcome that. Our next blog in this series will set out why that scenario may turn out to be “A Unicorn made of Fairy Dust”.

Which makes it even more important that we pray for the bishops of the Church of England as they meet next week.

It is definitively not the case that the (recently retired) Bishop of Maidstone was a substitute for the diocesan. In fact he is an additional bishop, ministering only by way of an ‘extension’ or ‘delegation’ of the diocesan’s oversight.