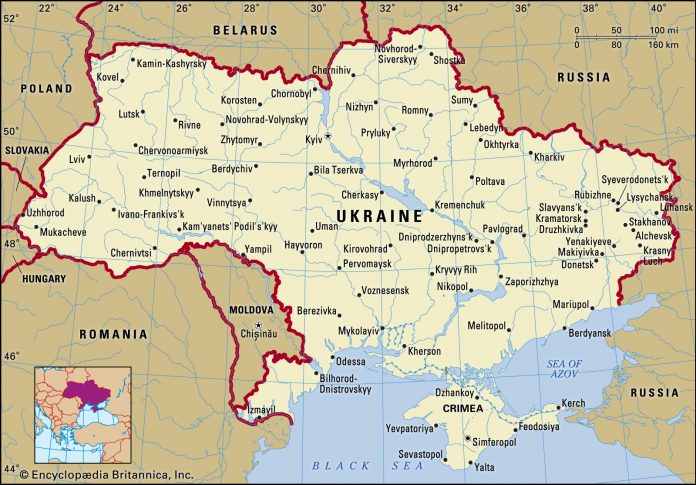 The bodies of a Ukrainian Evangelical church leader and his 19-year-old son have been discovered in a forest. They had been tortured and killed, four days after being abducted by Russian soldiers.

According to the Kharkiv Human Rights Protection Group and the Global Investigative Journalism Network, father and son were abducted by Russian soldiers at 7pm on November 22, while they were working in their garage, close to Kherson.

The reasons for their abduction are not known.

Four days later, the family were told that their bodies had been discovered in a nearby forest. Anatoliy Prokopchuk (52) and his son, Oleksandr had been tortured and shot.

Release International’s partner in Ukraine, ‘Pavel’ says Anatoliy was a deacon and preacher at a Pentecostal church in the city of Nova Kakhova, which is close to Kherson.

According to Pavel, when the Russian troops arrested them, the soldiers claimed: ‘Your church has no right to exist, as it has connections with America and other western countries.’

For four days, the family were denied news of what had happened to them. Then on November 26, the dead bodies of the men were found outside the town.

Says Release International partner Pavel: ‘Their bodies had signs of prolonged and excruciating torture. They were so mutilated that it was difficult to identify them.’

He describes Deacon Anatoliy Prokopchuk as having ‘helped many people in practical ways, enthusiastically and sacrificially, regardless of whether they were members of his church. As the Bible says, “As we have opportunity, let us do good to all people.”’

For Pavel, the accusation that the Pentecostal church had no right to exist and was acting as an agent of the West, has an all-too familiar ring from the days of the Soviet Union.

He said: ‘For this “crime” many thousands of evangelical Christians were put into prisons and concentration camps for many years. Many were tortured and killed.’ Pavel himself was jailed in the Soviet era because of his faith.

Anatoliy Prokopchuk leaves a widow, Irena, and five other children, four sons and a daughter.

Says Pavel: ‘Please pray for Irina, for her orphaned children and young grandchildren who are just at the start of their lives. Pray for friends and relatives and for the church in Nova Kakhova, for all who knew Anatoly. They are going through tremendous grief right now.’

And Pavel says the torture and death of these two Christian men is a call to the Church to pray and to forgive.

‘The Church of Christ does not call for hatred and revenge towards murderers, but for prayer, forgiveness and trust in God’s justice.’

According to the Kharkiv Human Rights Protection Group, Ukrainian investigators continue to discover the bodies of civilian victims in areas liberated after months of Russian occupation.

They write: ‘Some of the victims have been bound and clearly subjected to torture before being murdered.’

Russian forces in Ukraine have arrested pastors and closed churches in occupied areas. In October, Release International reported: Occupying forces have closed the three largest evangelical Protestant churches in Melitopol and shut down churches in Mariupol. In another raid, pro-Russian soldiers reportedly claimed that only one faith would be tolerated – Orthodoxy.

During a raid on a church in Chkalovo, near Melitopol, Russian Federation soldiers broke up the evening service telling the congregation: ‘We have only one faith: Orthodoxy.’ They closed the church down on September 21.

Paul Robinson is the CEO of Release International. He says: ‘Ukrainian Christians have been here before. What is happening today in occupied areas is reminiscent of the persecution of Christians in the Soviet era.

‘Yet the message of history is clear: the Christian faith has survived 70 years of Soviet totalitarian rule, and it thrives today in China under similar conditions. Persecution and oppression sharpen resolve. They deepen the faith.’