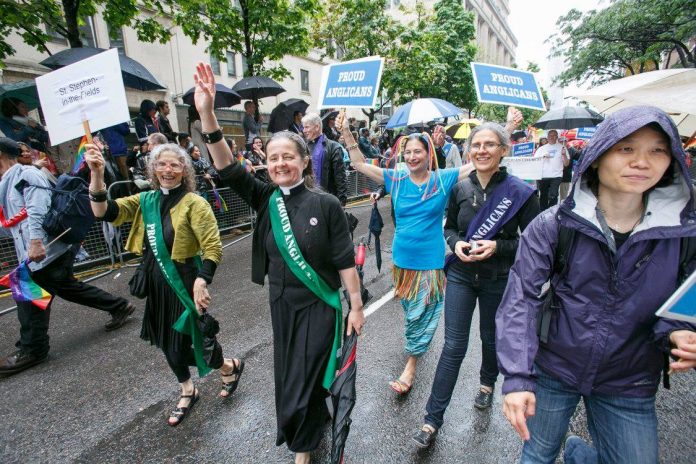 As with chess, so with battles that the Church is engaged with at the hands of a hostile secular culture, there are just a few basic opening moves. In chess it’s often the “Rudy Lopez”, the “Sicilian Defense” or the “Queen’s Gambit”.

But the Church faces not so much a chess game as a struggle for the integrity of its own soul. The culture wars are a matter of spiritual life or death.

In this metaphysical contest, a little like chess, the opposition also comes at us often with two basic openings. But they work so well, not much more ingenuity is needed.

Equality and victimhood as gambits seem to be slicing through the Church’s rather sleepy and enfeebled response every time. The only proper response to all the criticisms of the Church levelled at it – over inequality, in particular – is that neither the Bible nor tradition are very much exercised by the issue. Certainly not in the same way that secular idealists are.

After one major radical and revolutionary declaration in the book of Genesis that all human beings share in “equality of value” since we are all made in the image of God, the biblical analysis of the human condition moves on to more interesting things: in particular, how do we begin to grow into the likeness of God? It leaves “equality of value” to the nursery slopes of ethics and focuses on the more interesting and powerful dynamic of potential transformation. Saints are what grab our attention since they radically infuse society with a turbo-charged revitalisation that transforms the human and communal heart.

However, the philosophical opposition is beginning to want to augment the fixation with “equality” (because it’s not much fun anymore if your opponent rolls over every time) with another variant of attack: the middle game in metaphysical chess is now “victimhood”.

I was reminded of this afresh while I was listening to a progressive Catholic journalist describe the Catholic Church’s Plenary Council Assembly in Australia when they came together to “engage with synodality”. The progressives were peddling power which is their preoccupation. He interviewed a very aggrieved young woman.

“Women did not have enough power,” she said. “Women were undervalued, marginalised, distressed, ignored in the structures of the Church.” The lamentations reflected the perpetual chorus of victimhood.

Preoccupied with perceived injustice, the accusations that women were too insignificant flowed. But there were two highly significant Catholic women this campaigning movement might have registered, but didn’t.

No one mentioned that one of the most inspirational international figures of the last century, not just within the Church, was Mother Teresa of Calcutta. The reason she did not feature in the arguments is because she had no power. She had only the influence that the transformative power of holiness brings, and that was not what was being agitated for.

Nor did anyone mention our Lady, despite the fact that, although the Marian apparitions of the last one hundred years are still being judiciously considered, her influence in this alone has revived the Church and drawn in countless converts who were stuck in the sterile rationalities of Protestantism.

Power or holiness? Which is the currency the Church is expert in? Where is our gaze and attention directed? (Hint to progressives: holiness.)

But in fact, these passionate Australian feminists and their supporters in the synodal process were focused only on power and administrative leverage. And the route there seemed to have become the experience of victimhood.

Listening to the pained and practiced tone of victimisation from the young Australian synodal feminist, I wondered what theological reflections might have informed the Synodal conversations. Perhaps they had not read the work on victimhood of the theologian René Girard?

One of his most powerful insights was:

“Christianity does not yield to ulterior motives of resentment in its concern to  rehabilitate victims. It is not seduced by a contaminated charity of resentment.”

And yet, so much of the driving force to induct women into positions of power, once you strip away the totalitarian “equality of outcome”, flows from this sense of resentment that feeds off a supposed sense of injustice.

But there is nothing within Christianity which suggest that equality of function in the ministries of the Church is expected or a right. Quite the opposite. God has his own categories in the narrative of salvation: Jesus the Son is the Saviour and Mary the woman is the enabler and intercessor; Jesus the groom, the church his bride. This sets a pattern for the life of the Church. Further, the Holy Spirit bestows His graces where He chooses, not where liberal secularist presuppositions mandate Him to.

But taking back to the chess match, and reminding us of the context of this conflict, Girard has a more profound warning.

“The most powerful anti-Christian movement is the one that takes over and ‘radicalizes’ the concern for victims in order to paganize it. The powers and principalities want to be ‘revolutionary’ now, and they reproach Christianity for not defending victims with enough ardor.”

And this is the move that borrows from the sanctity of victimhood from the crucified Christ and bestows it illegitimately on a range of other victims to confer on them some form of secular sanctity.

The group that invokes the “paganising power” of victimhood most wholeheartedly is of course the LGBTQ+ culture. It has served them so well, they are unwilling to give it up. The reality is that this group, movement and culture have moved so successfully through the social hierarchy that it is now they who are bullying and cancelling others, all the while claiming they remain victims.

As the Church reflects on how best to reach out to the culture it is embedded in, it would be more faithful to its foundation and its history if it made a priority of saving souls and transforming hearts. Making us equal and offering social credit for victimhood as a mimetic mirroring of the confused, chaotic culture we live in carries no one closer to God.

Renewal will be fueled by saints and holiness more than by equality and victimhood.